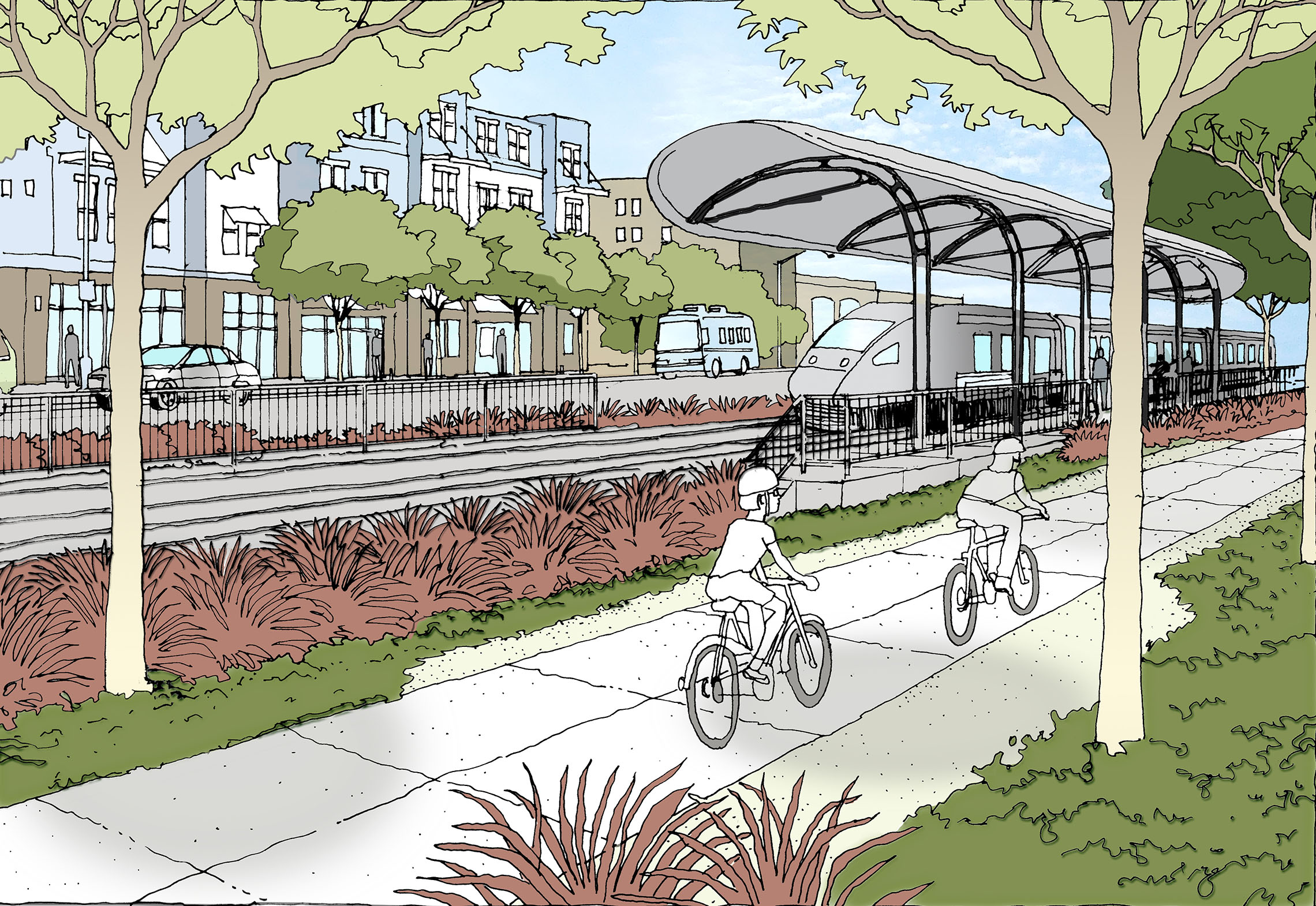 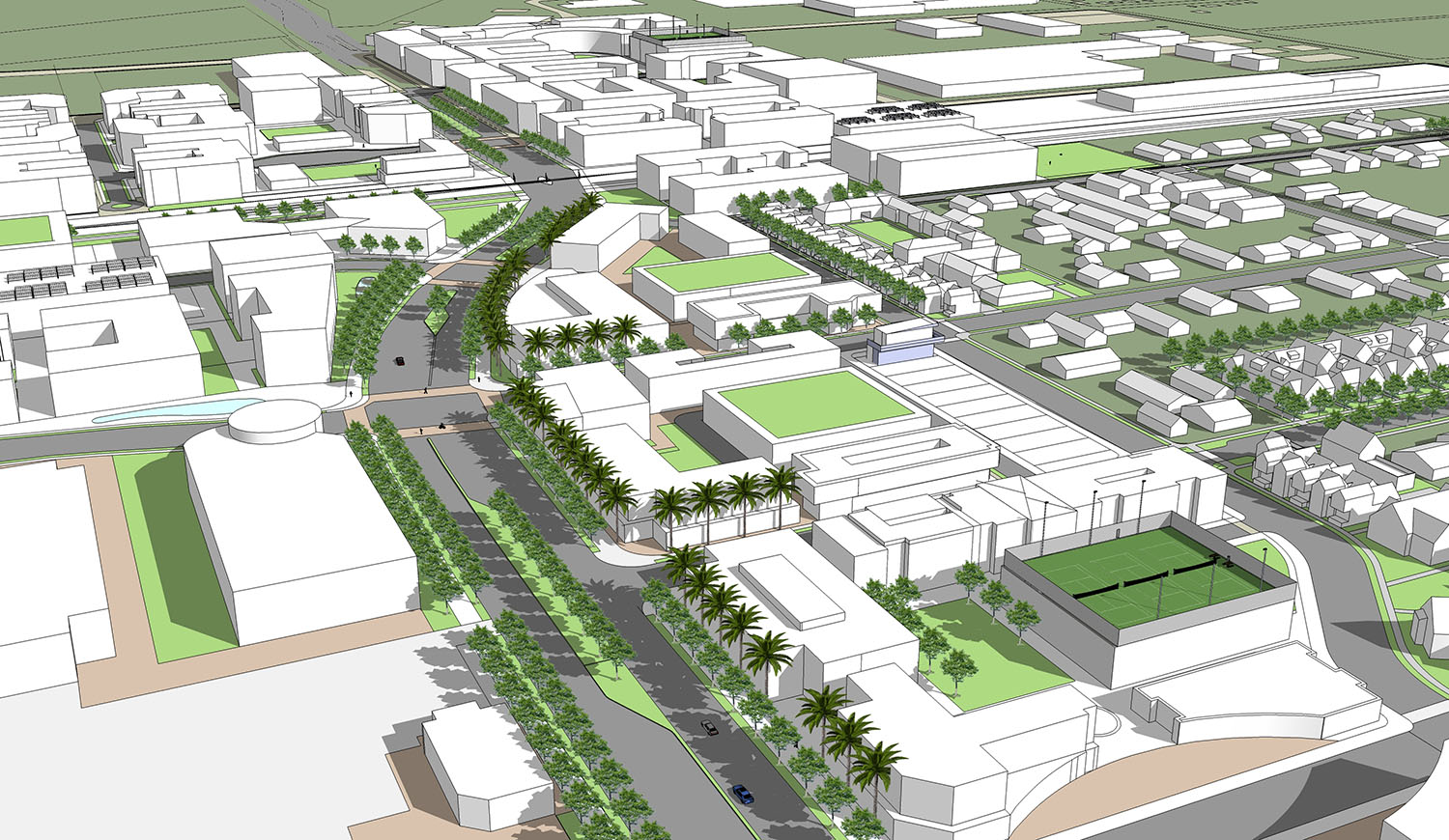 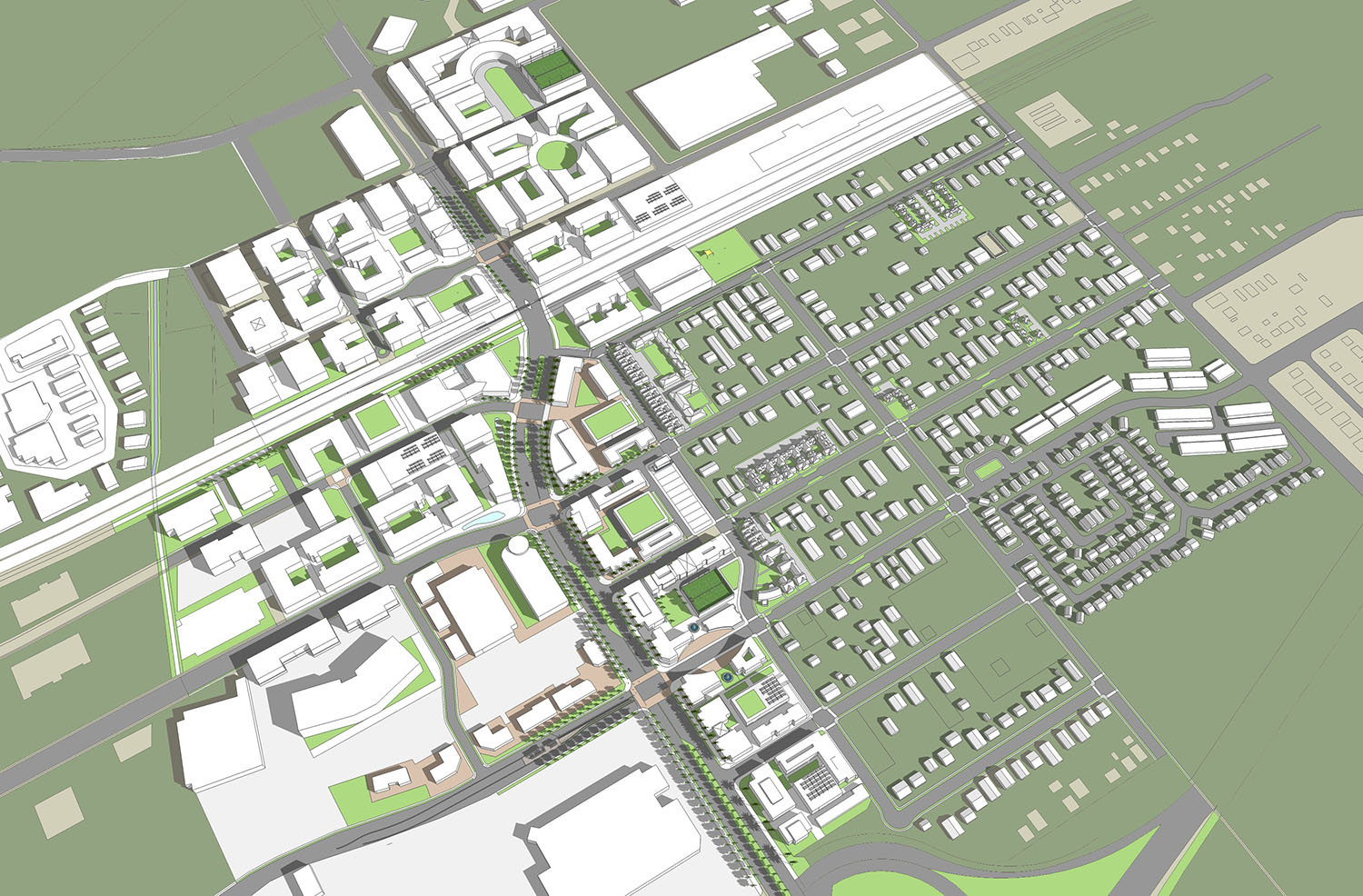 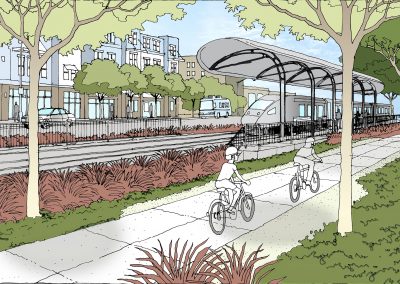 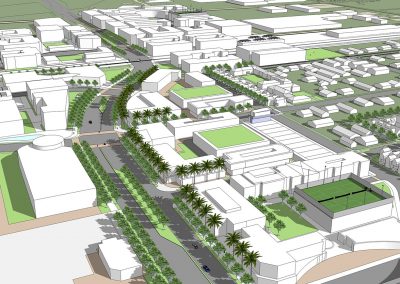 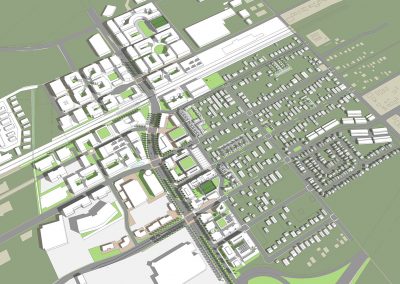 Gruen Associates prepared a transit-oriented vision and station area plans along the proposed 9.1-mile Redlands Passenger Rail Corridor. The team prepared an existing conditions memo for the corridor and the ½-mile area around 11 potential stations. Gruen evaluated the potential stations, reduced potential stations to seven, and prepared alternative land use concepts for each with a taskforce made up of representatives from San Bernardino, Loma Linda, Redlands, and other public agencies. The overall transit village vision and their benefits, as well as alternative land use concepts, were shared in workshops. A comprehensive draft station area plan was completed in October 2006 for review by the taskforce and community. The use of 2030 travel demand model runs estimated ridership with more intensive TOD around stations. As a follow-up project and part of a multi-disciplinary team, Gruen prepared alternative TOD concepts, a draft General Plan for the City of San Bernardino and a draft Transit Village Plan for the City of Redlands to implement the vision. Gruen Associates was awarded a 2007 Focused Issue Planning Award from the American Planning Association, Inland Empire Section and a 2007 Award of Merit for Focused Issue Planning from the American Planning Association, California Chapter for this project.