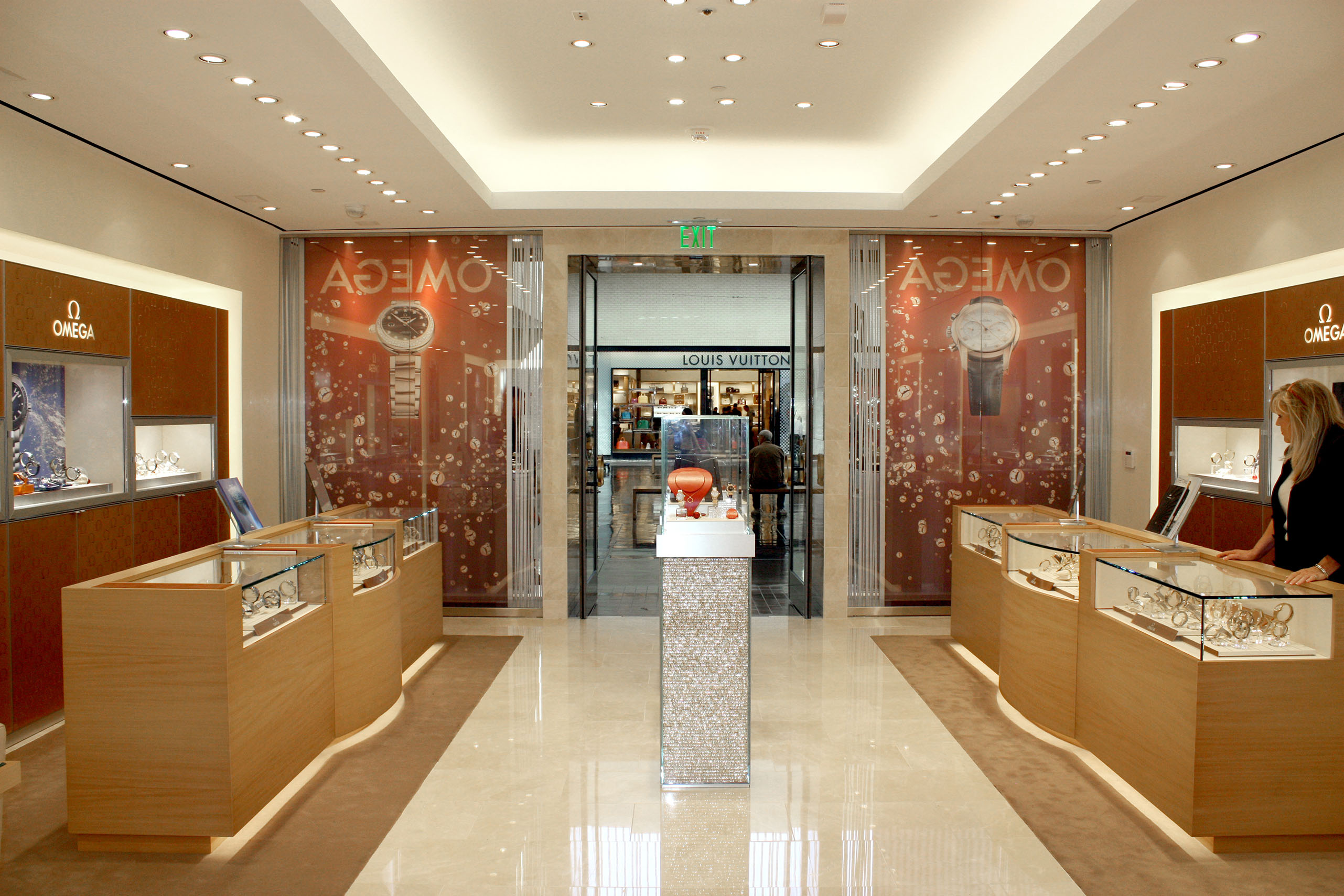 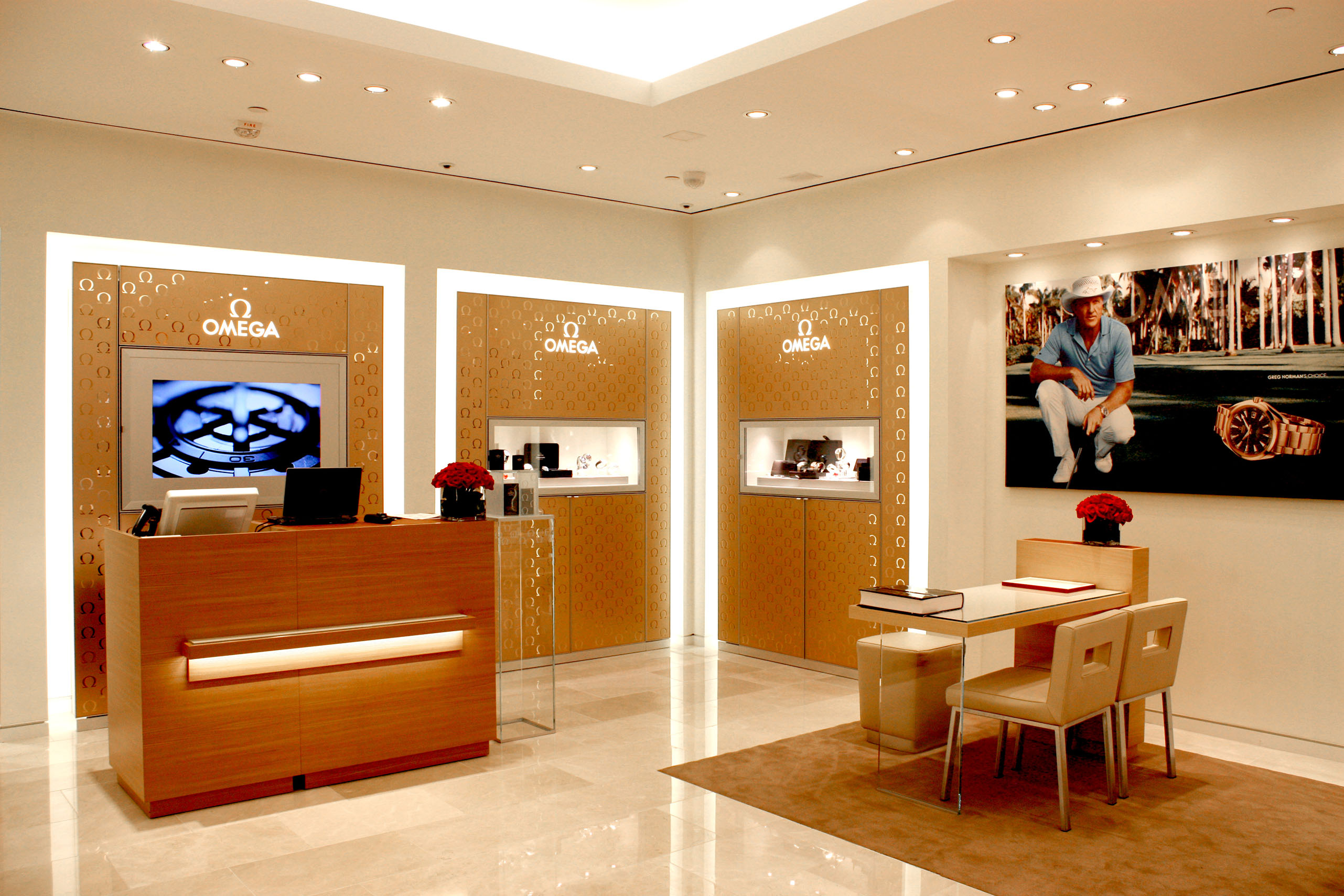 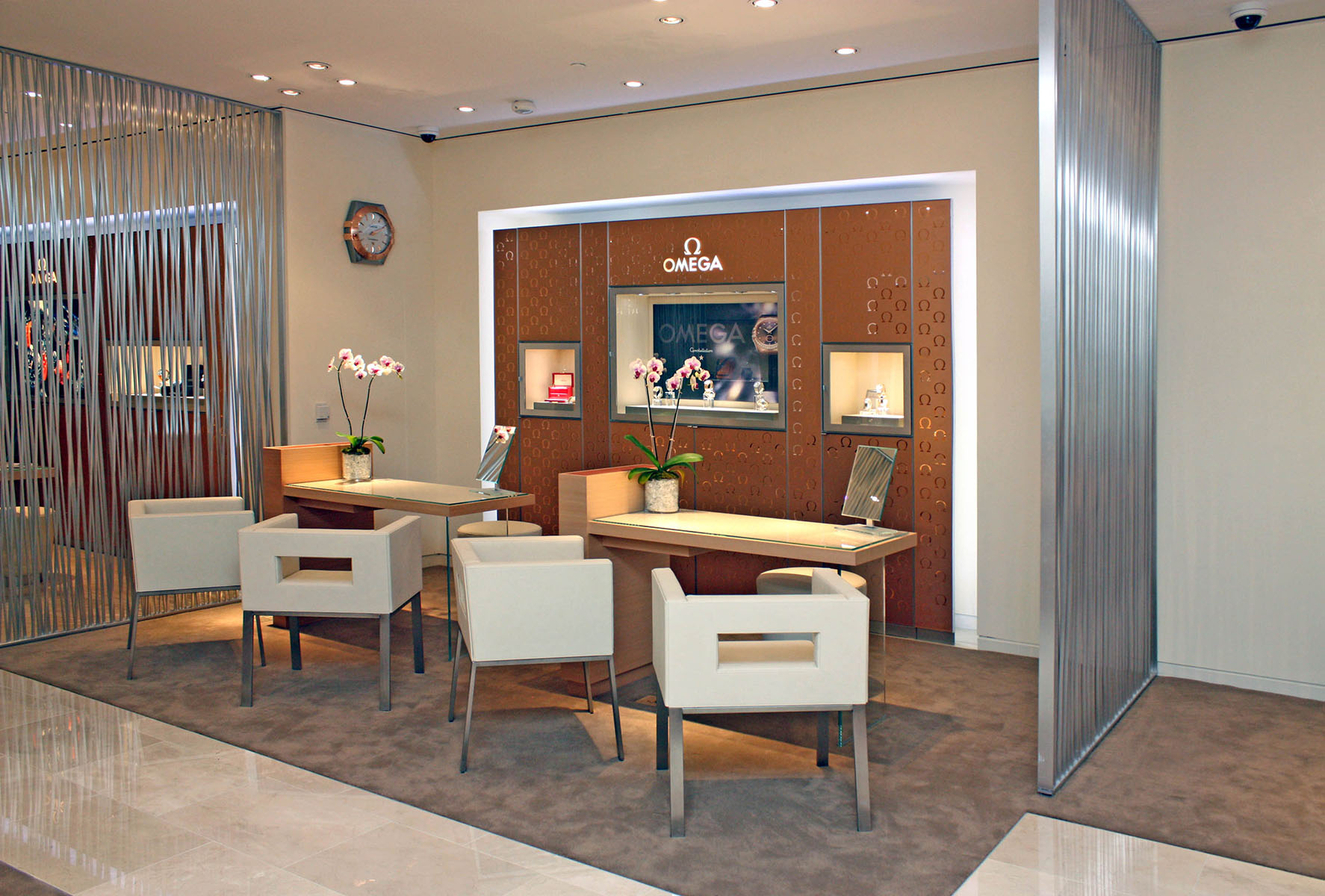 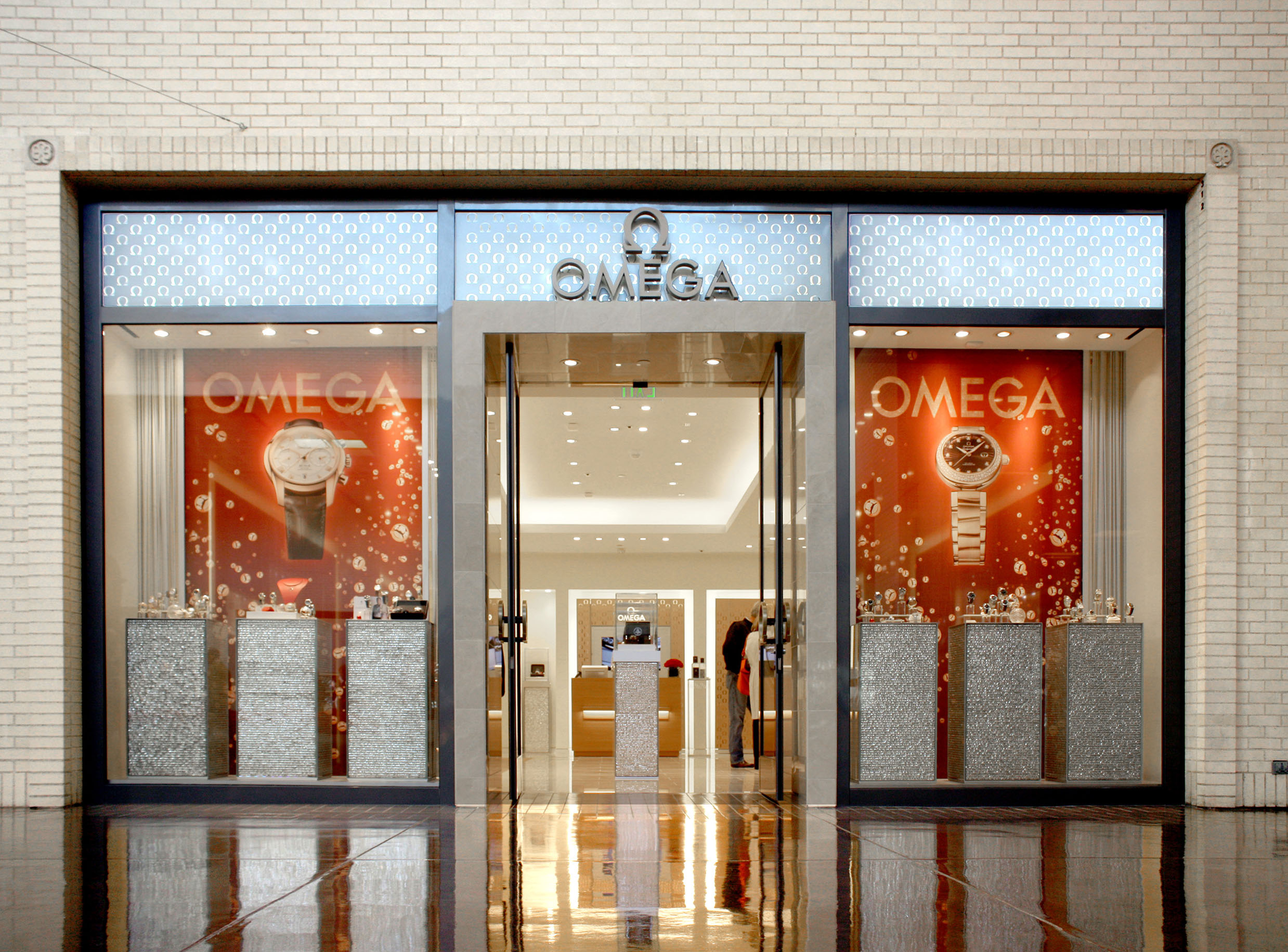 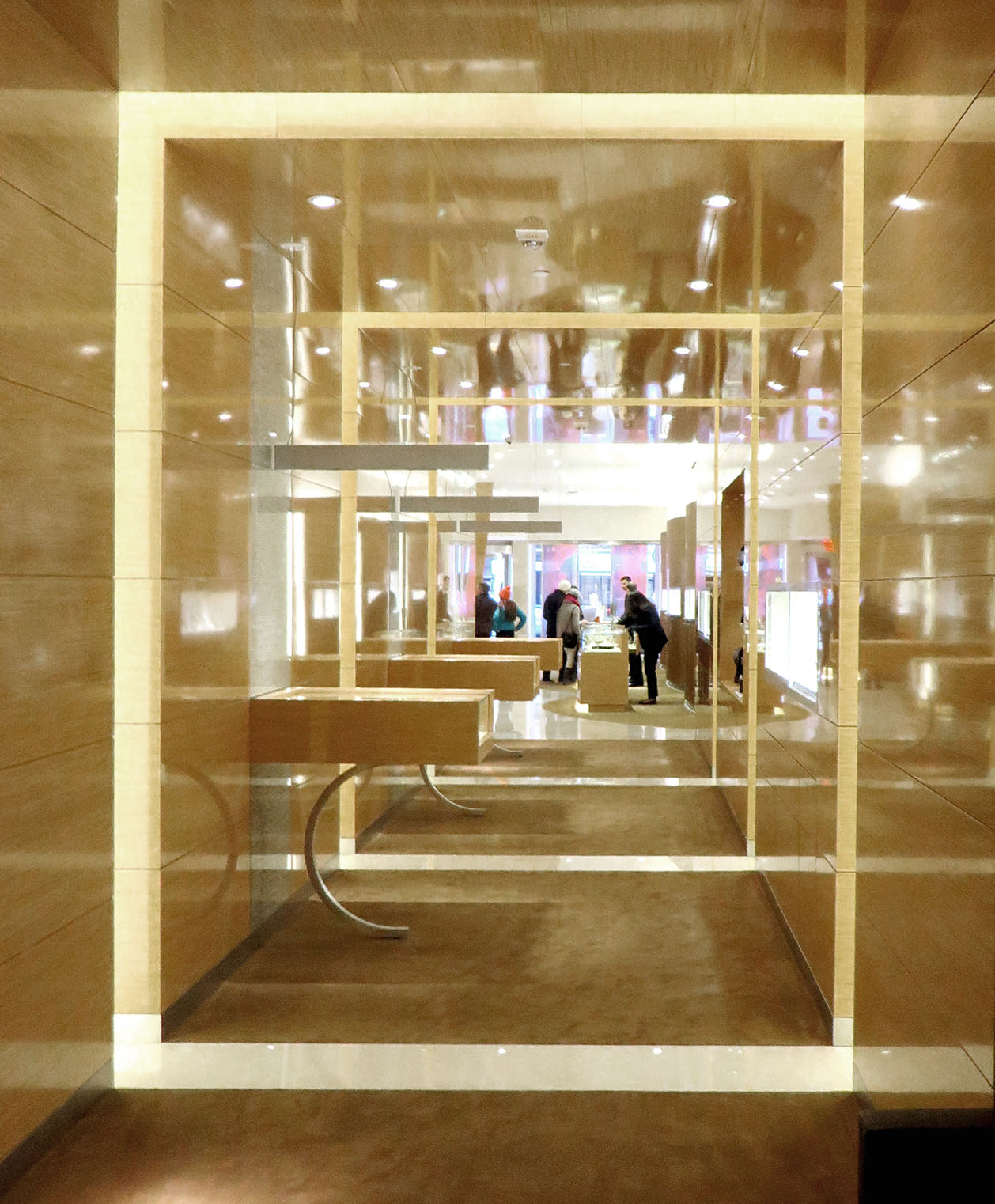 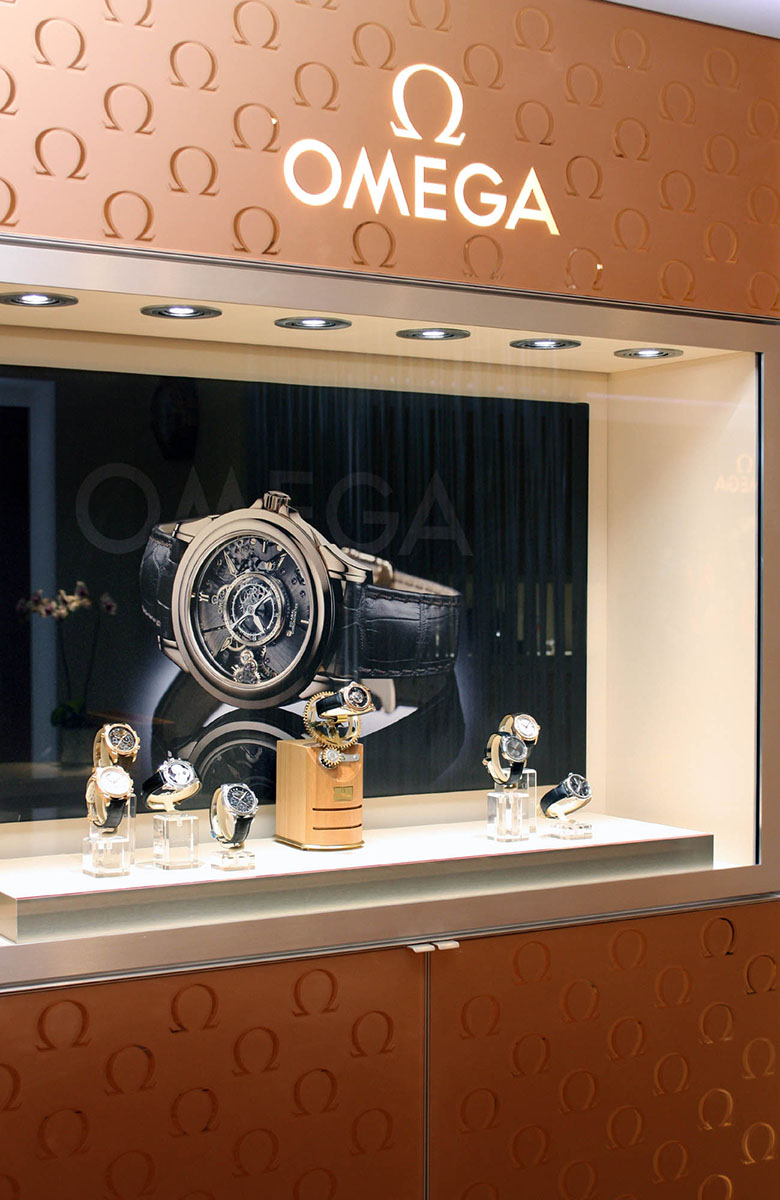 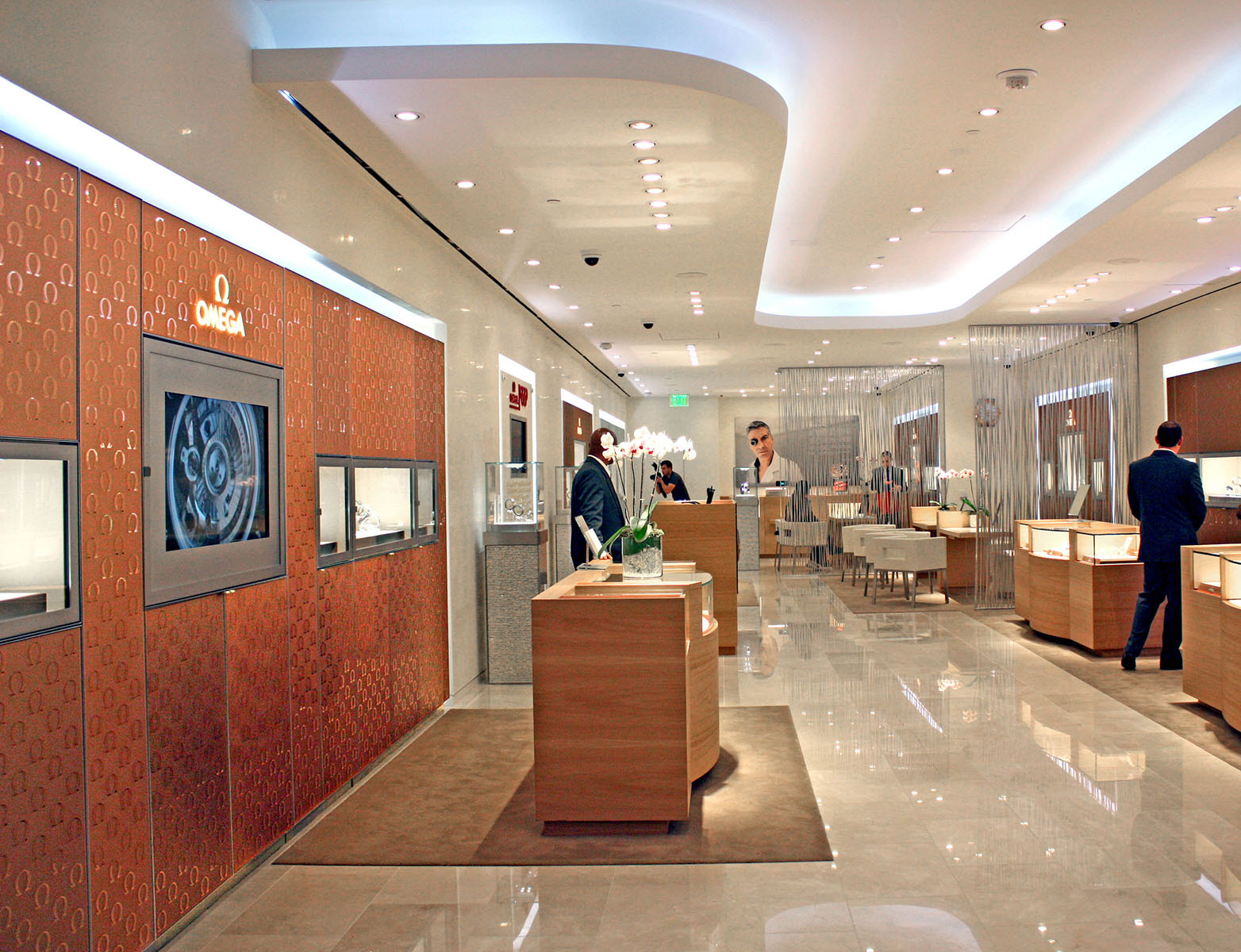 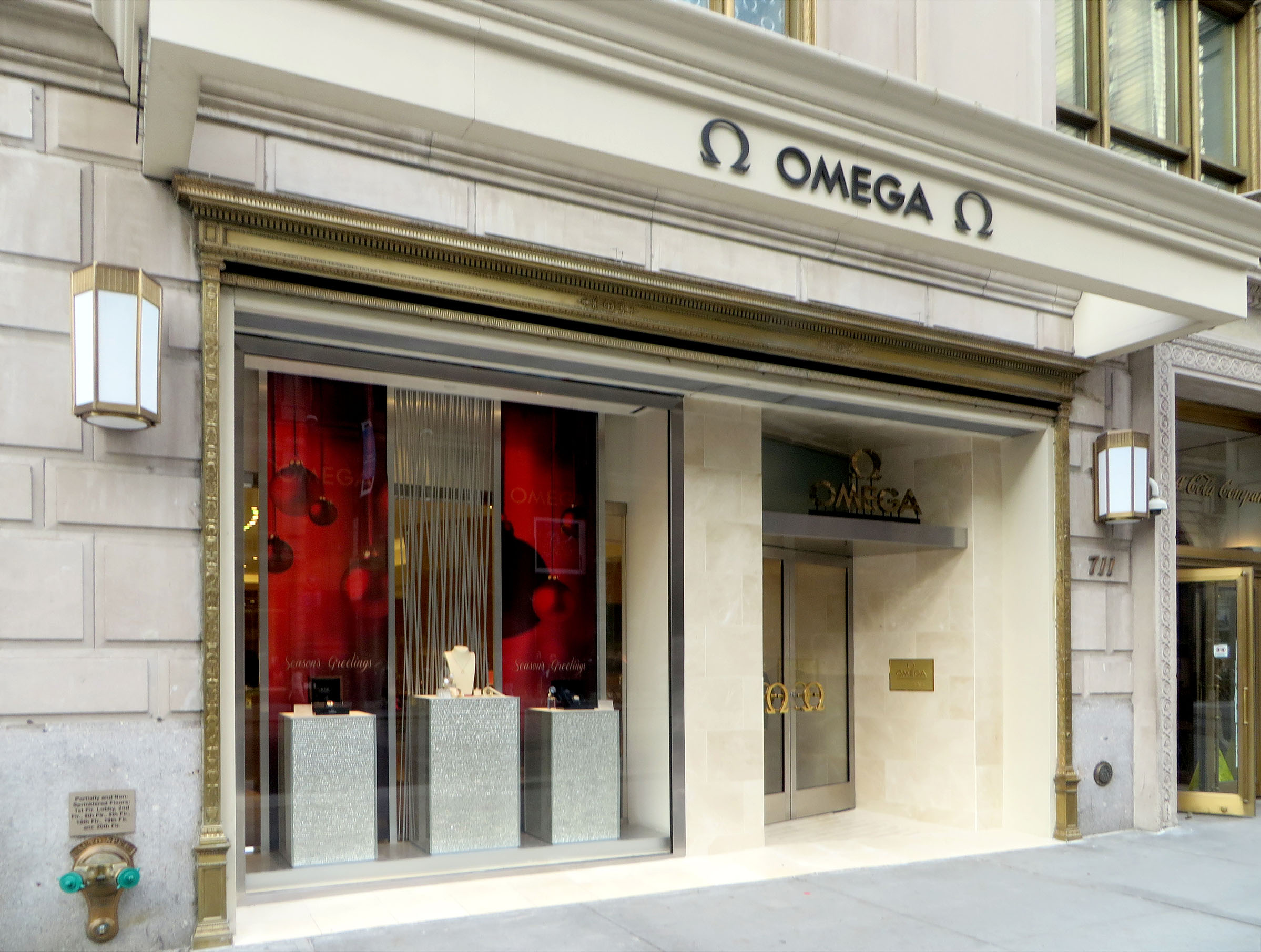 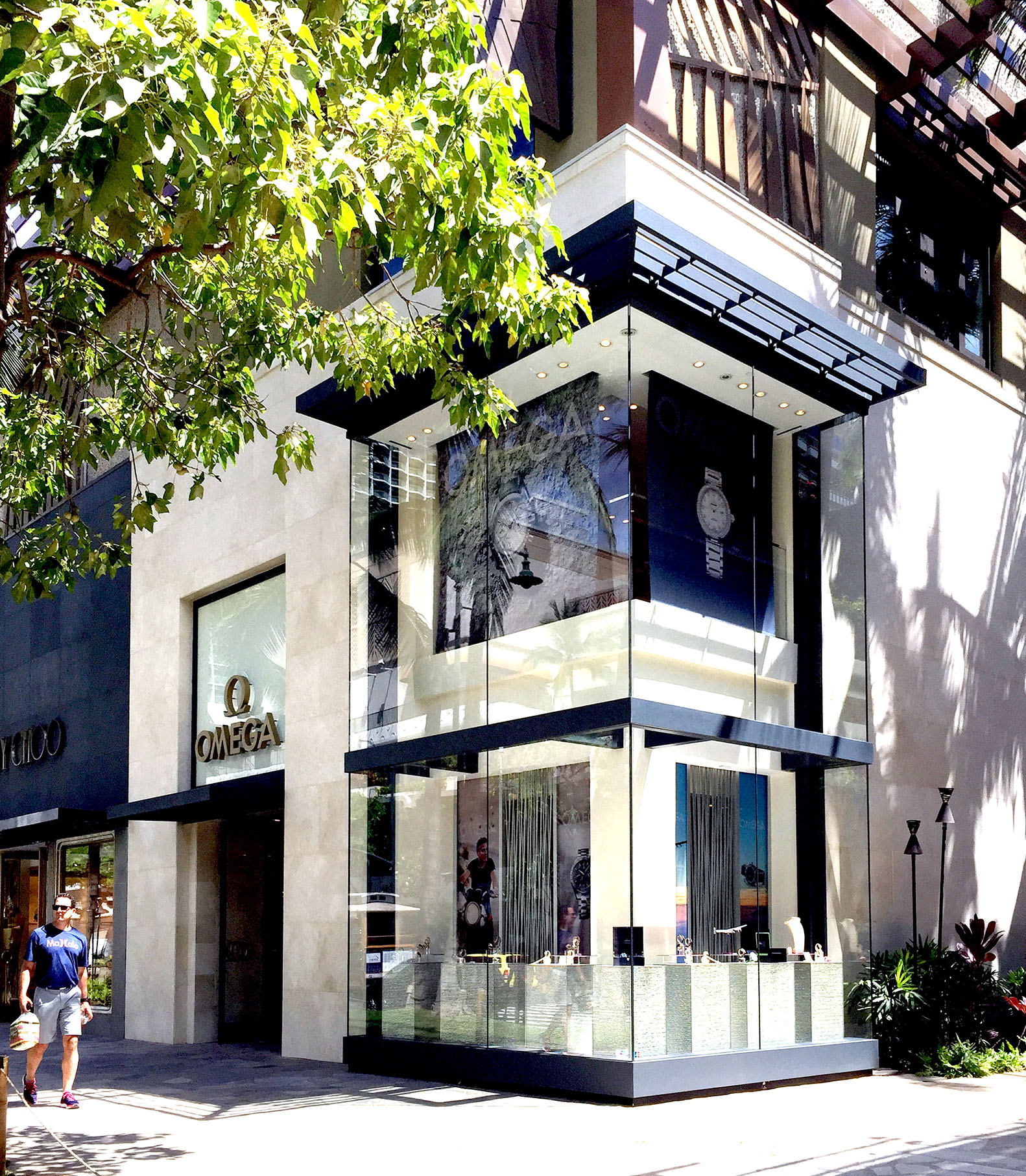 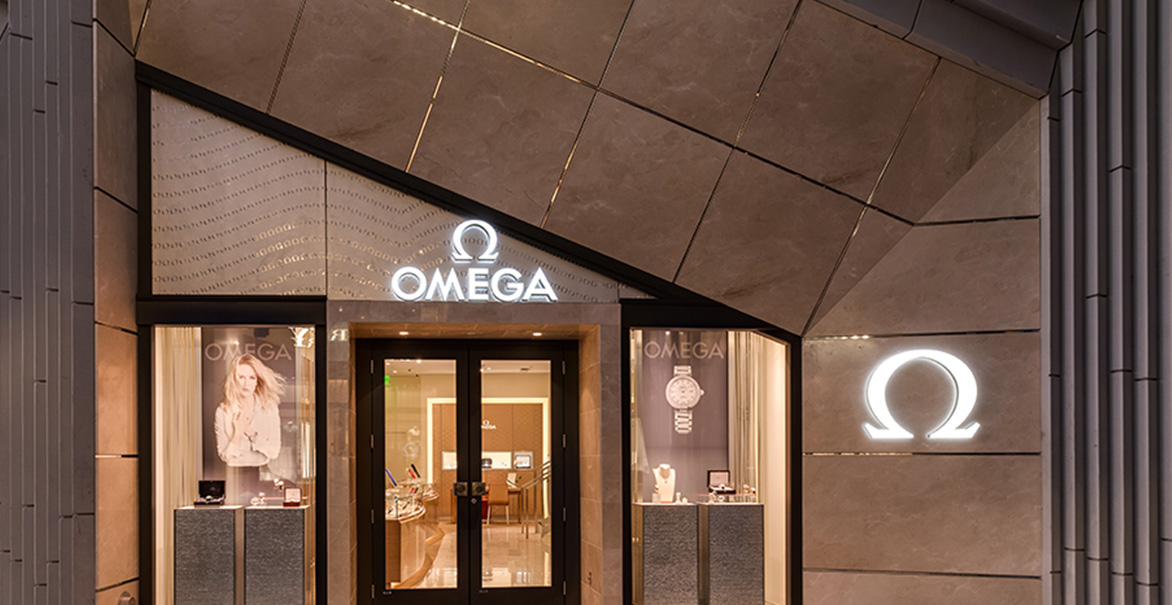 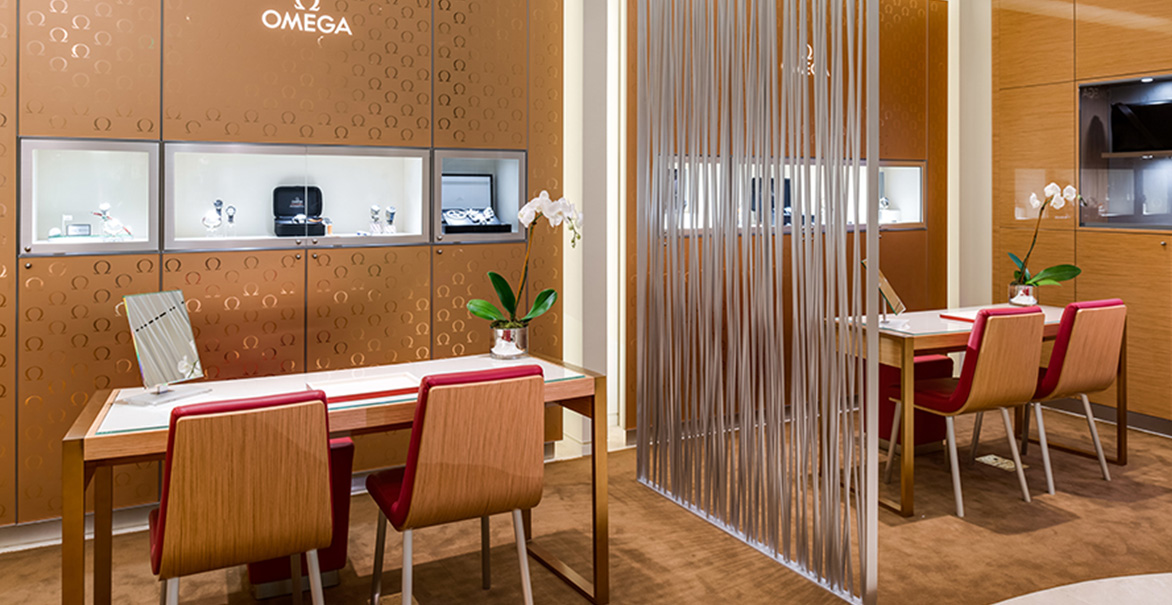 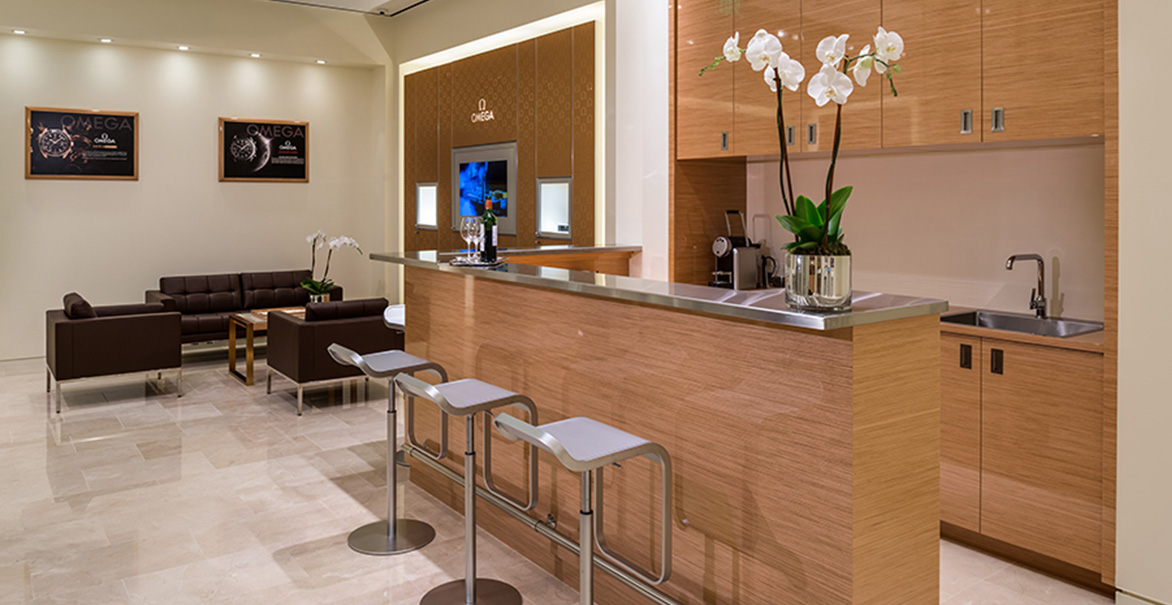 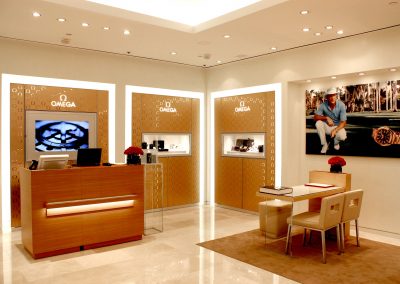 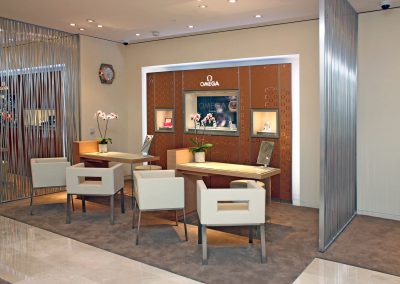 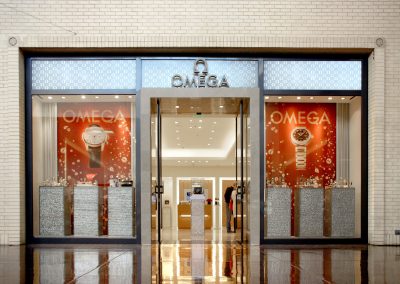 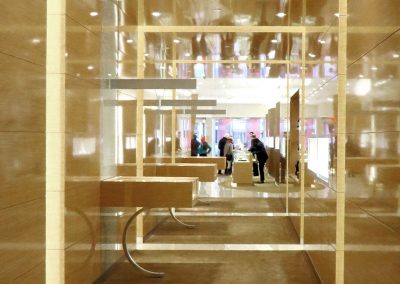 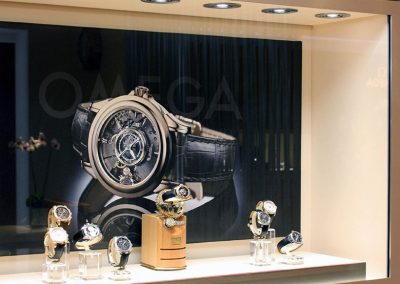 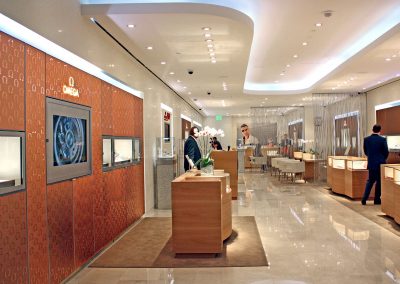 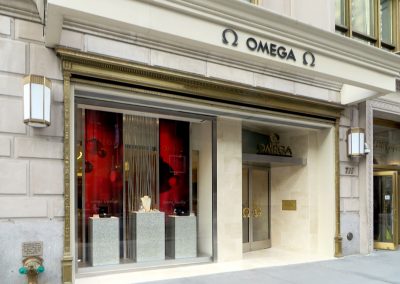 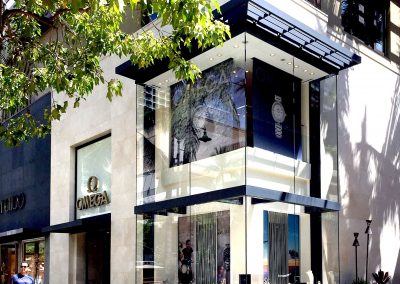 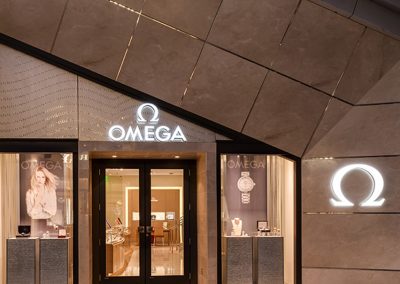 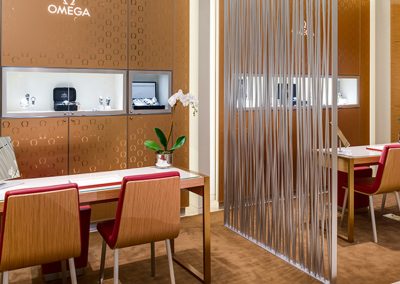 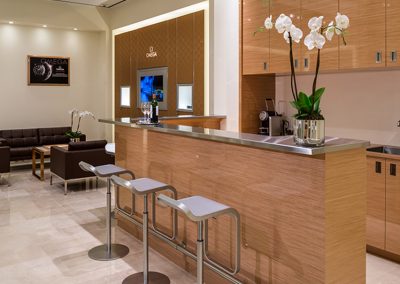 Gruen Associates is the architect for various locations of the Omega stores around the nation and is one of many brands owned by The Swatch Group. The cornerstone of the Omega brand of stores is precision. Nowhere is this more evident than in their Countdown Timer. This display ticks off the seconds until the next Olympic Games, of which Omega is a proud sponsor. The palette of materials is kept to a minimum so as not to distract from the intricate handmade watches. Mirrored glass etched with the Omega logo decorates the perimeter casework. This material has been dubbed “champagne glass” for its seemingly bubbly effect. The imported metal halide lighting creates dramatic illumination to showcase the timepieces and make them sparkle. Gruen Associates has also completed over 30 additional Omega stores throughout the United States and Canada.