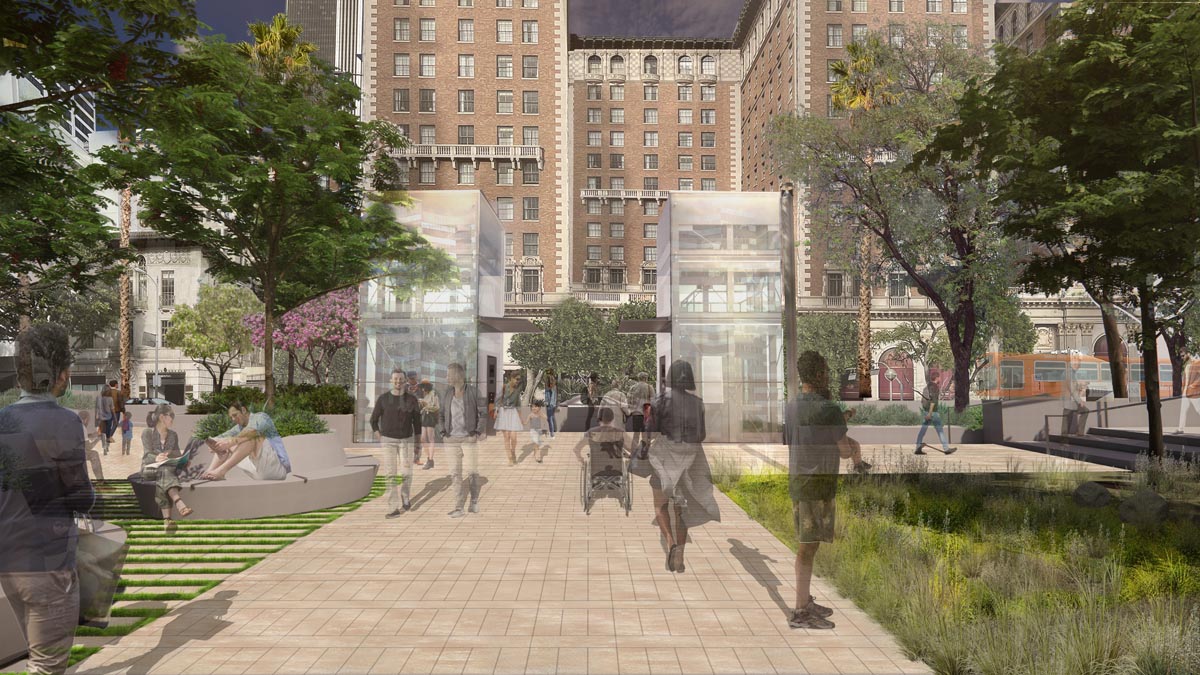 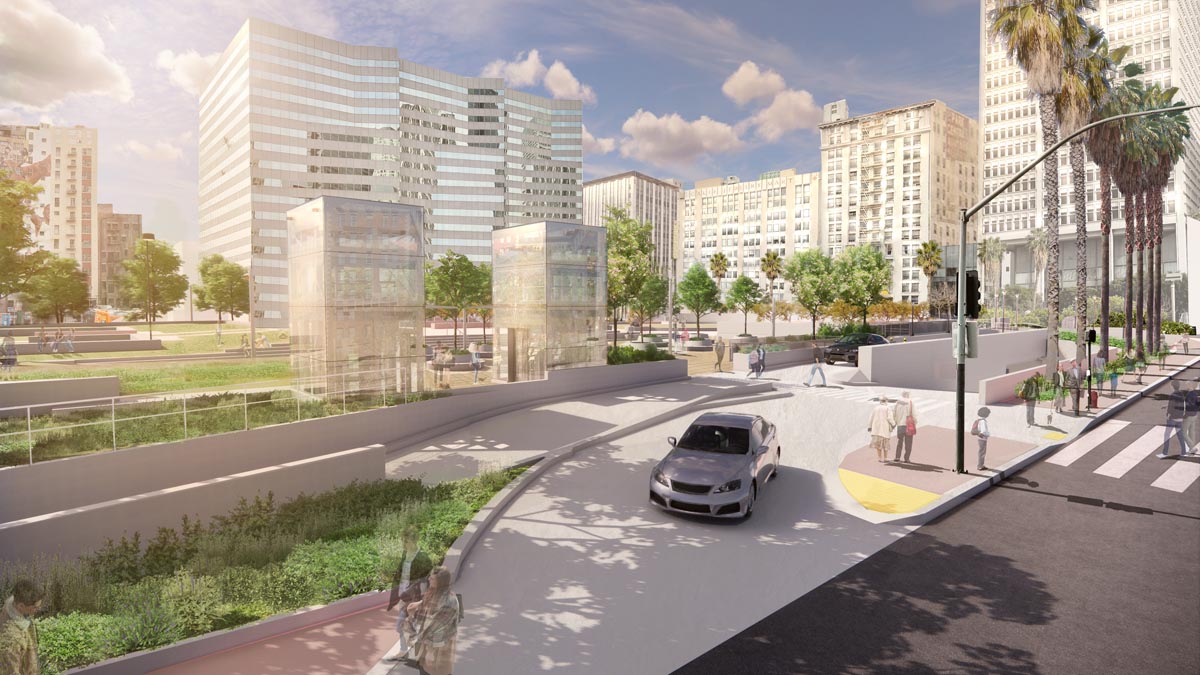 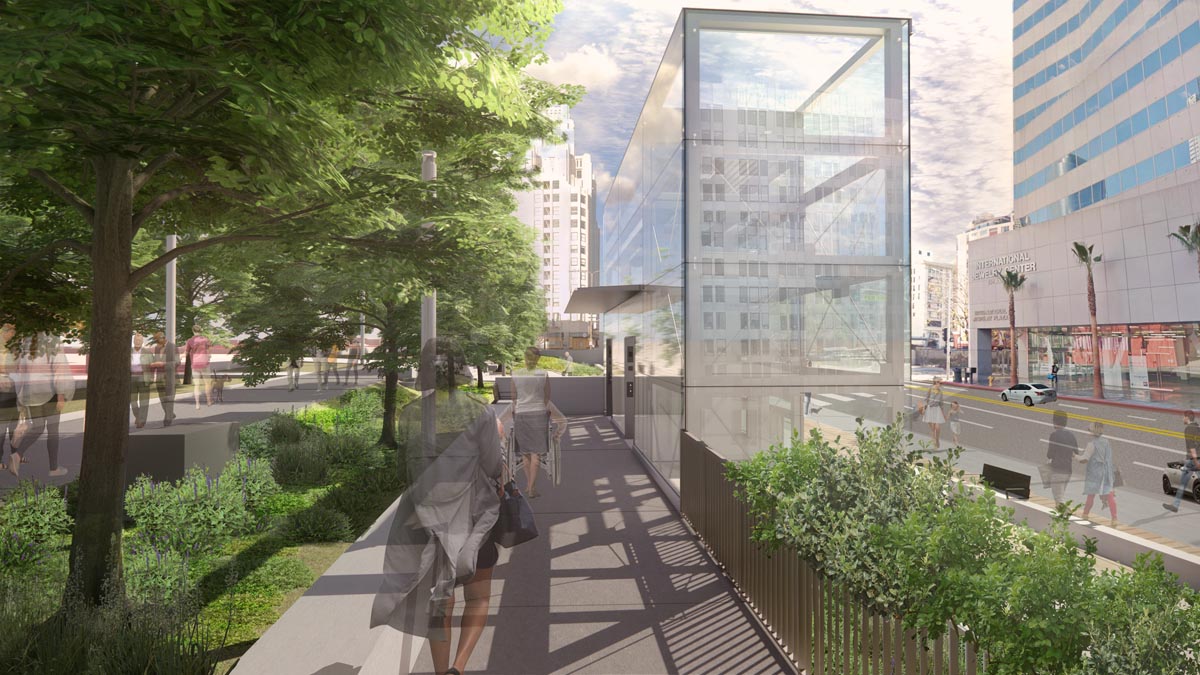 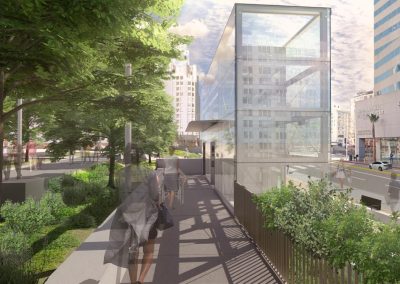 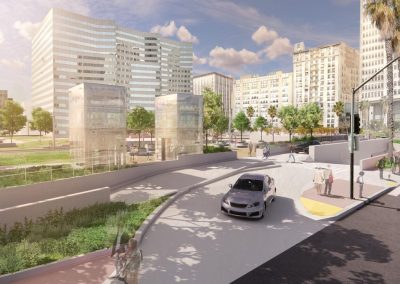 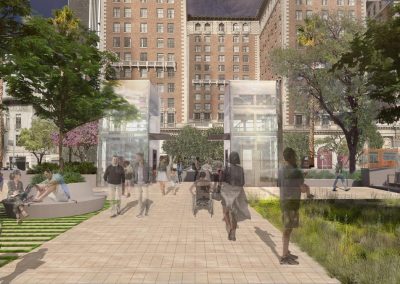 Gruen Associates is the Prime Consultant providing architectural design and executive landscape architectural services with Paris-based landscape design firm Agence Ter, for the redesign of Pershing Square—in the heart of Downtown Los Angeles’ revitalization. The feasibility analysis and concept for the five-acre park, the oldest in Los Angeles, included a study of deficiencies in the existing park and underground garage. The project team identified challenges in executing the design scheme, as well as a strategy to address these hurdles. The team worked with the City of Los Angeles’ Department of Public Works and the 14th Council District to provide an estimated design and construction budget, and a phasing plan that will allow the project to move forward.

The first phase of the $110 Million overall redesign project includes returning the park to a more accessible and visible park, as originally enjoyed in the park’s history. Improvements are planned for Olive and Hill streets totaling $25 Million for the first phase including a new landscaped plaza and glass elevators. Phase two of the project will include work to return the site to an inviting public square. The third phase design for Pershing Square calls for “radical flatness,” bringing all four sides of the park back to street level. This would be achieved by lowering the roof of the underground parking garage, which was added to the square in the 1950’s, as well as removing some of the automobile access ramps that wrap its perimeter.

There will also be focus on the Hill Street side of the project first, since Olive Street is typically favored due to the famed, historic Biltmore Hotel.

The project is on schedule to complete construction before the third quarter of 2024.