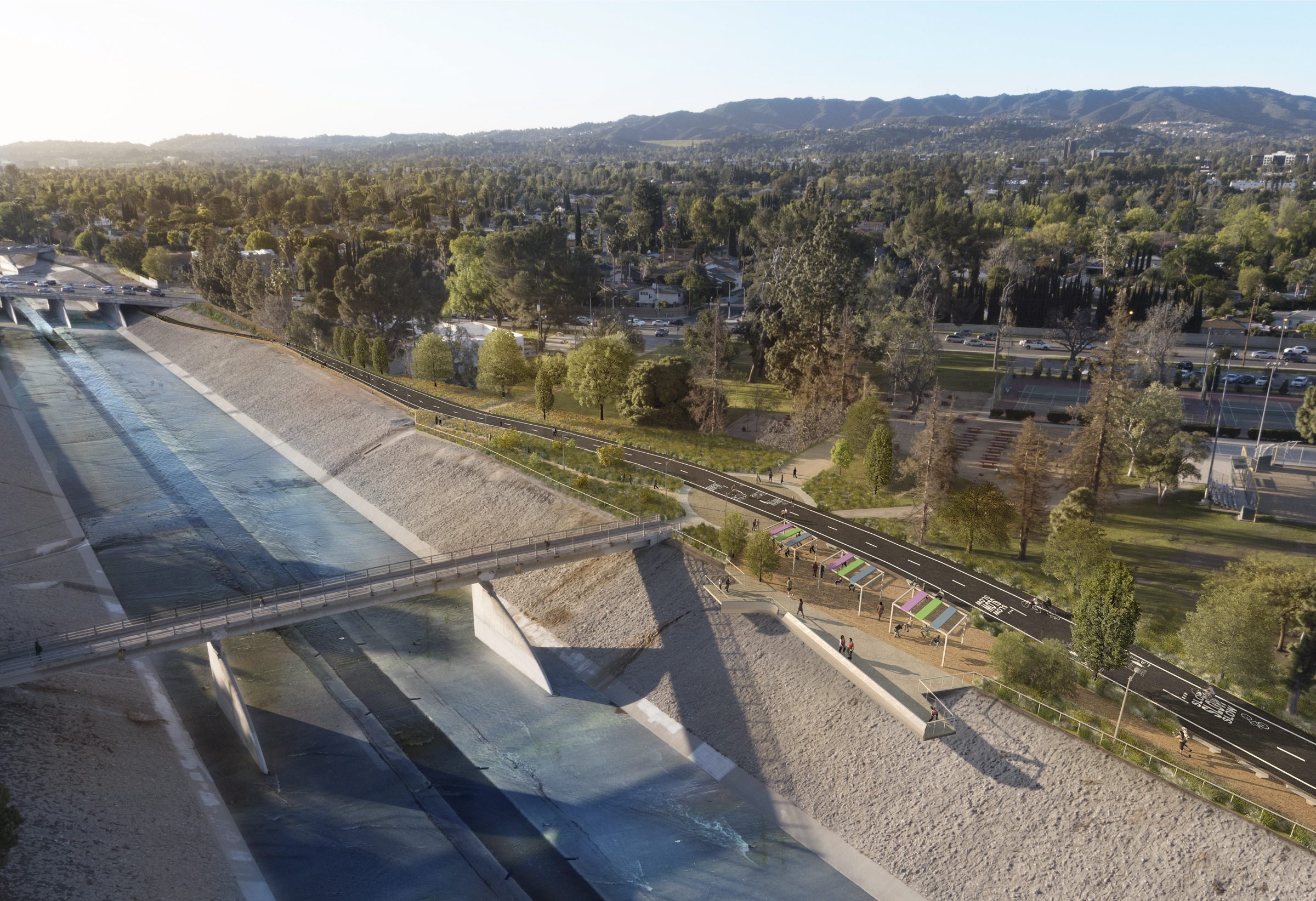 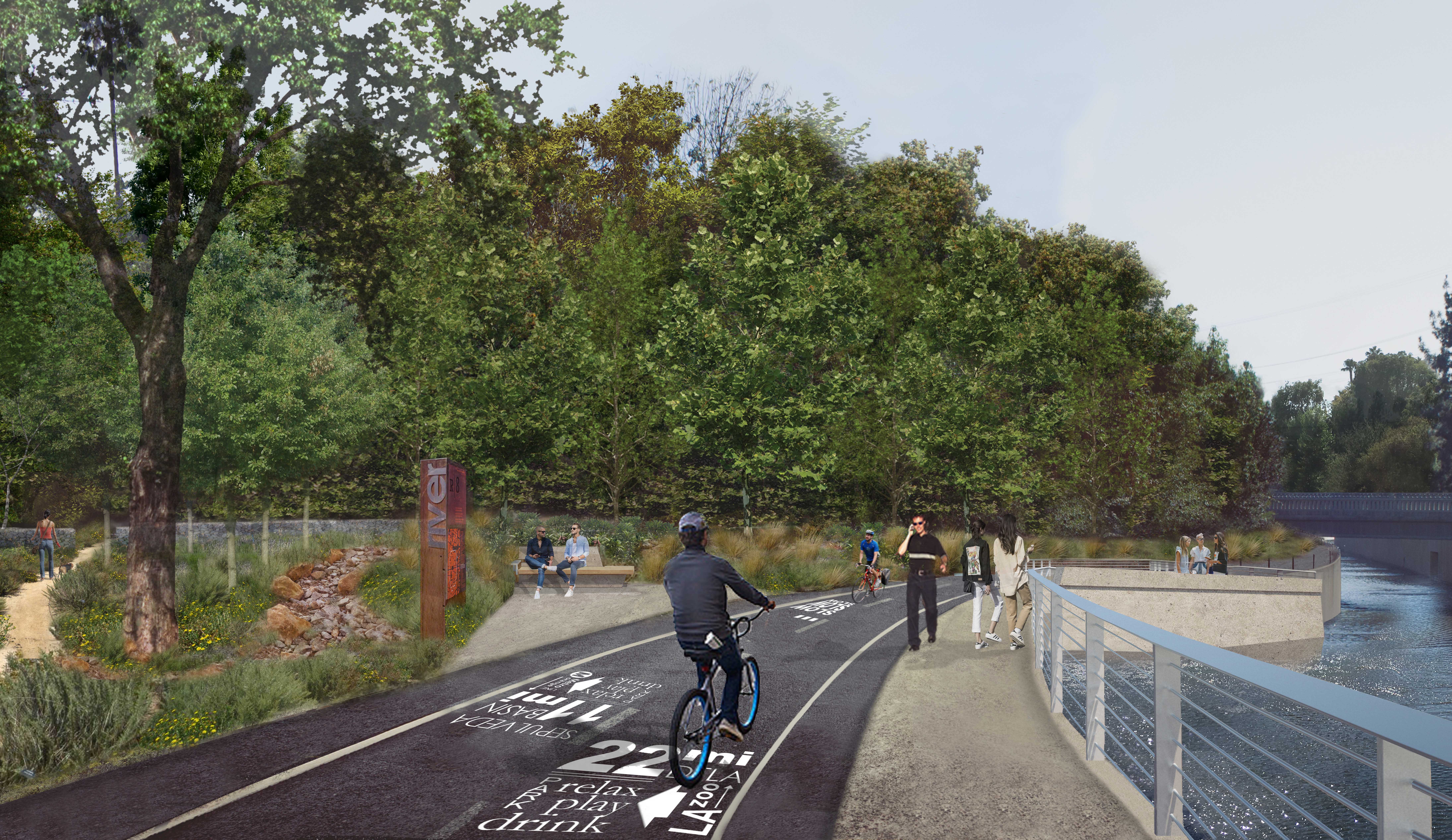 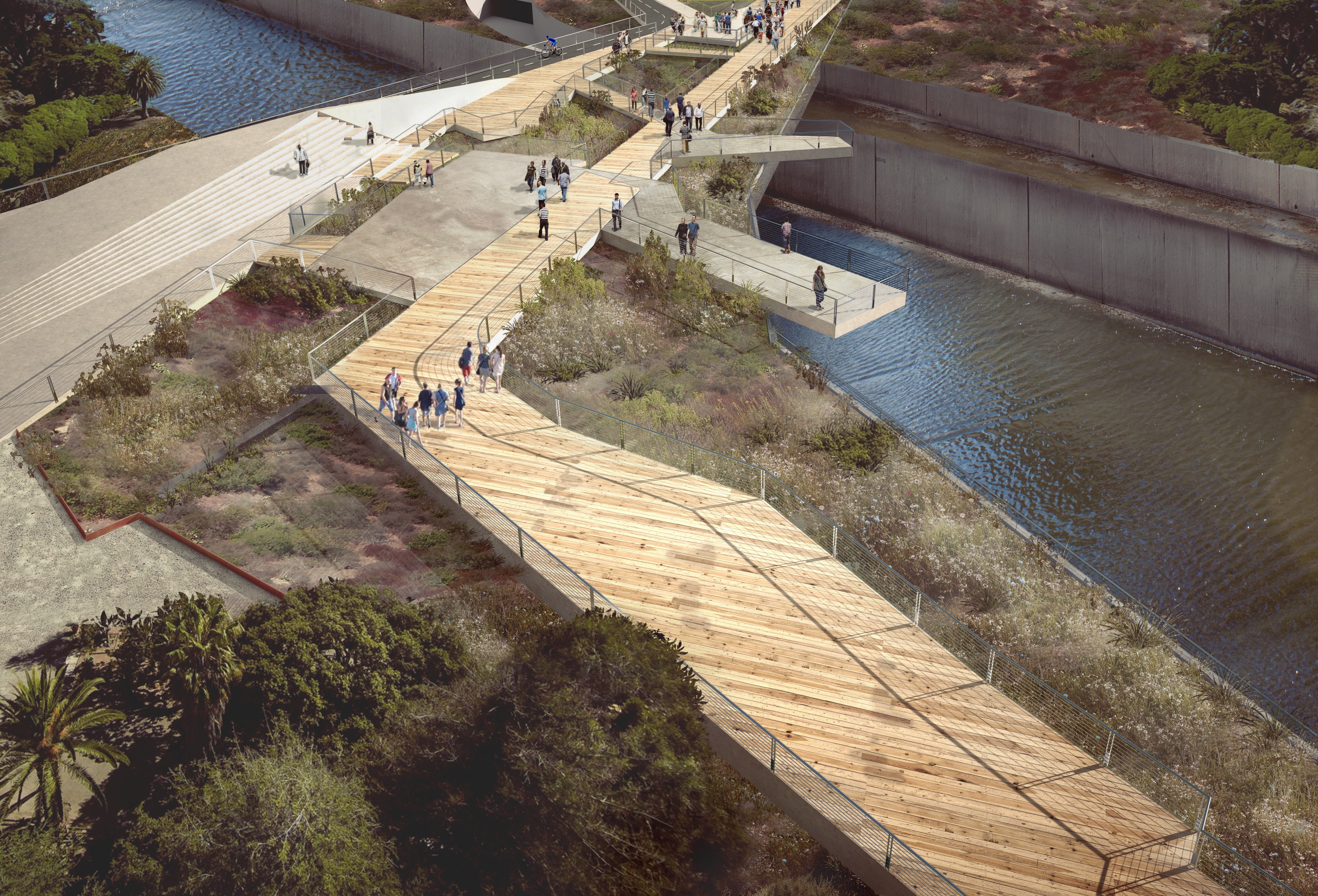 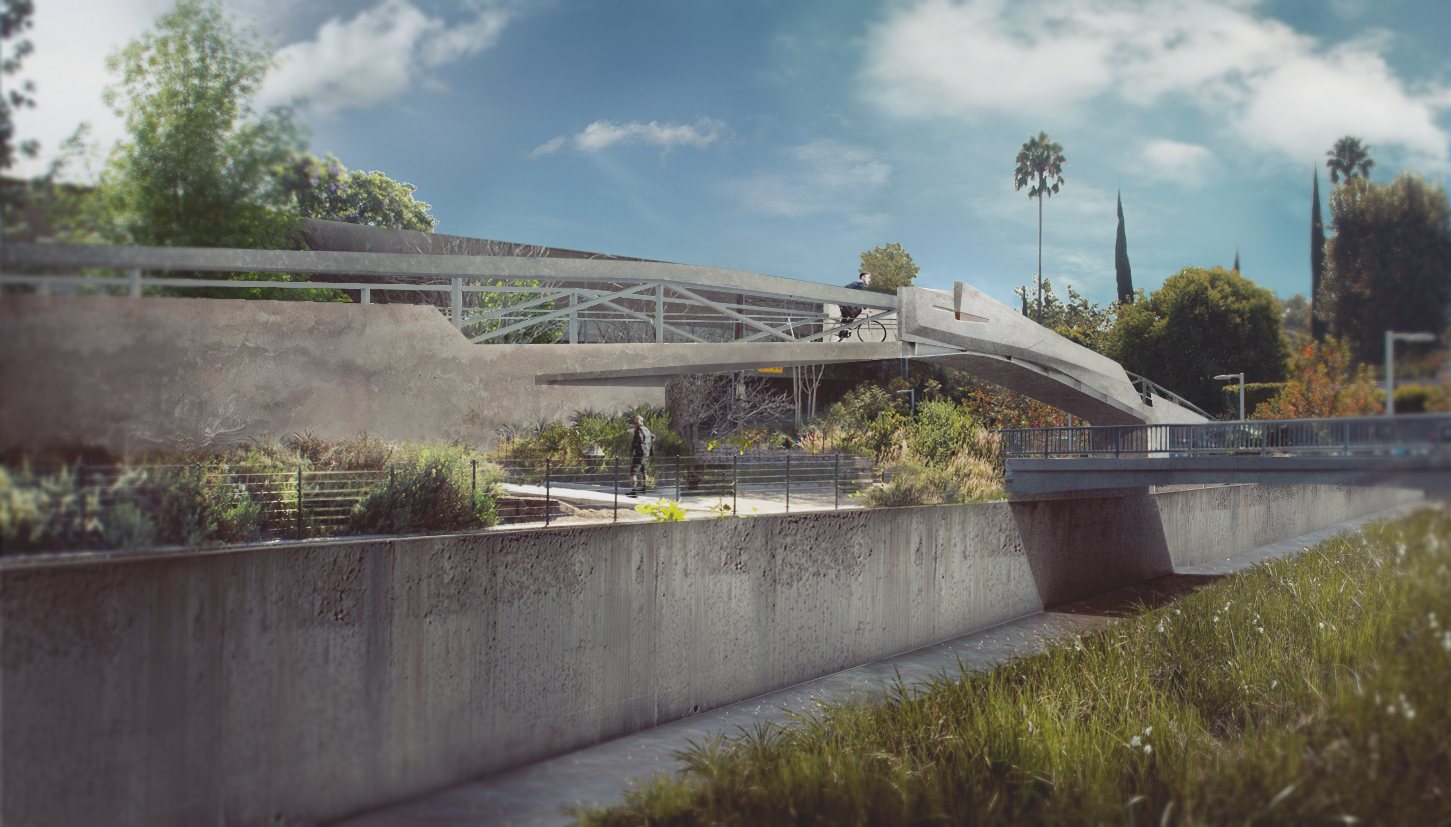 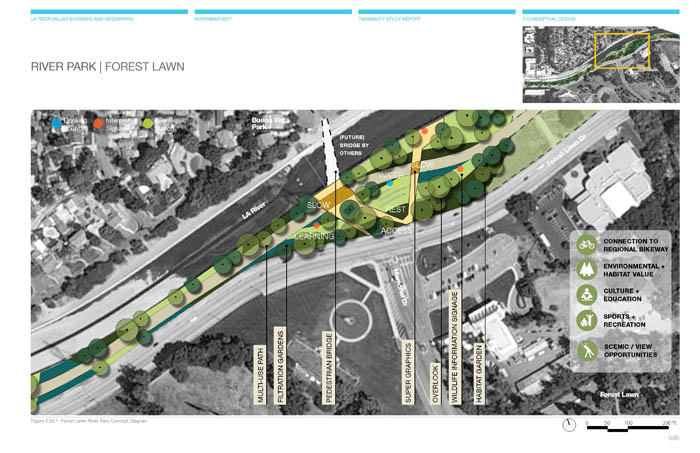 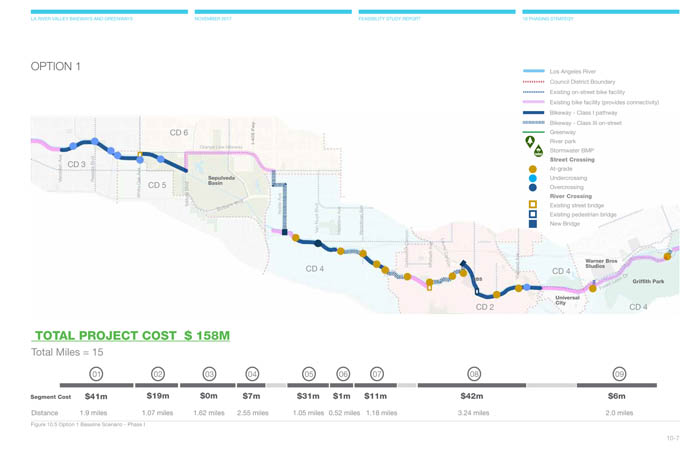 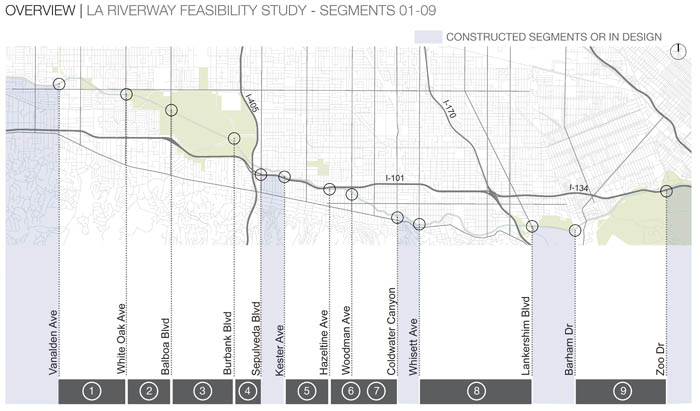 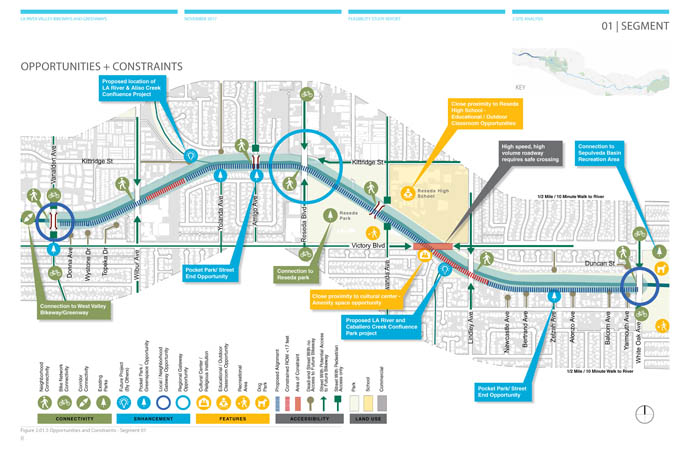 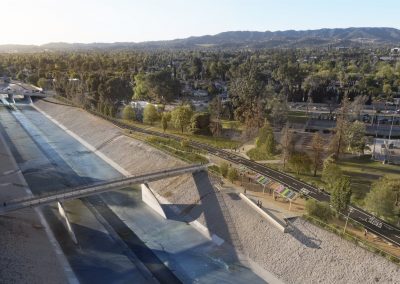 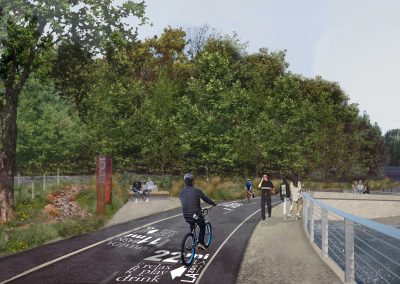 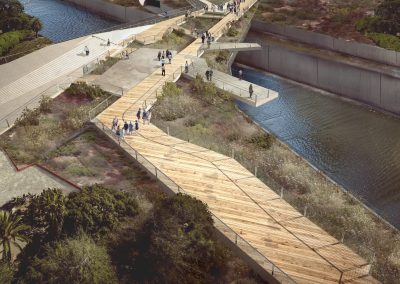 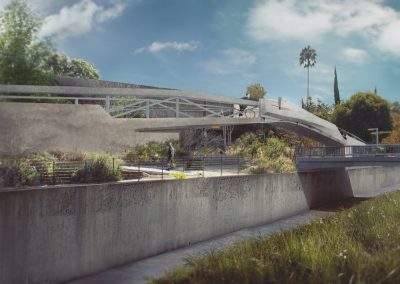 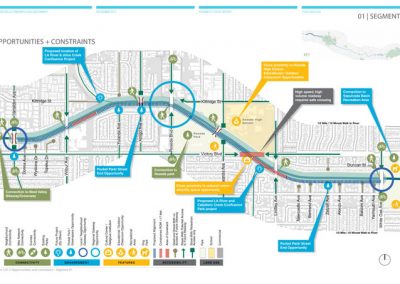 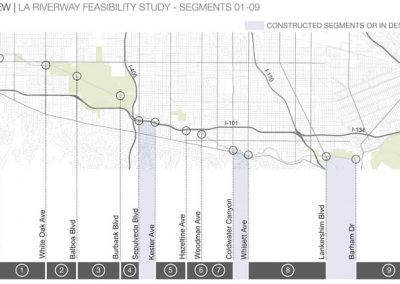 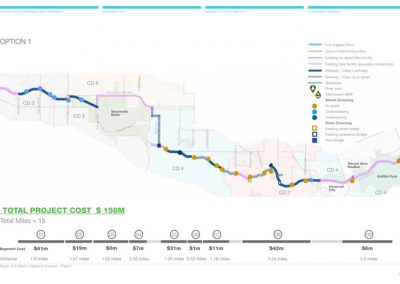 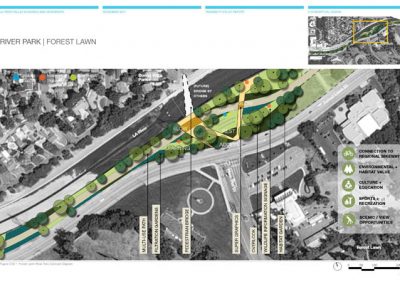 The Los Angeles River Valley Bikeway and Greenway Design Completion Project is one part in the multi-faceted public planning process transforming the LA River Flood Control Channel into a multi-purpose public space that represents the sustainable mobility future for the City of Los Angeles. This Feasibility Report identifies and studies the ability of a bikeway, pedestrian path, greenway landscape and park areas to be constructed along the LA River to support the overall vision of the LA River as a continuous greenway. The FSR synthesizes this by referencing the prior planning work and re-evaluating conditions to produce a blueprint for implementation of the bikeway. The conceptual design includes key infrastructure elements, and phasing scenarios that integrates with the surrounding built and natural environments.

This FSR studies the feasibility of a bikeway along a portion of the LA River maintenance path through the Eastern San Fernando Valley. The feasibility analysis began with inventory and analysis of existing physical conditions. Out of an understanding of existing physical conditions, access points, bikeway and pedestrian design standards, a modified alignment, and a vision for the LA River, a conceptual design of the bikeway, pedestrian path and landscape areas as well as street-end and river parks were developed. Conceptual designs were used to develop planning-level cost estimates, introduce design expectations, and provide a starting point for conversations between designers, the City, and the community.

Evidence-based analysis of policy and physical conditions was used to prioritize implementation of the LA River Bikeway and identify potential funding. This provided an in-depth evaluation of specific topics, which were used to aid in the recommendation of the alignment and project scope decision-making.

The FSR concludes with considering multiple phasing strategies in order to develop a bikeway with maximum continuity across the study area during Phase I and setting up later development phases. Ultimately, the report embraces the vision of the LA River and lays out a blueprint for implementing this important gap that will help the LA River to become the backbone of Los Angeles’ transportation system and a significant destination for active culture.