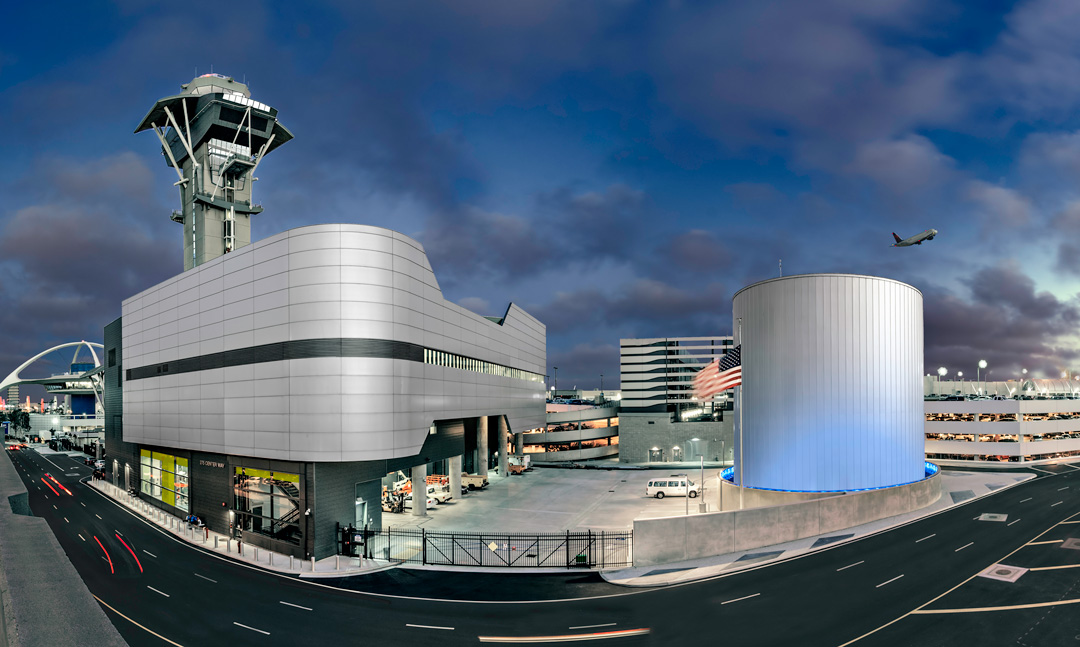 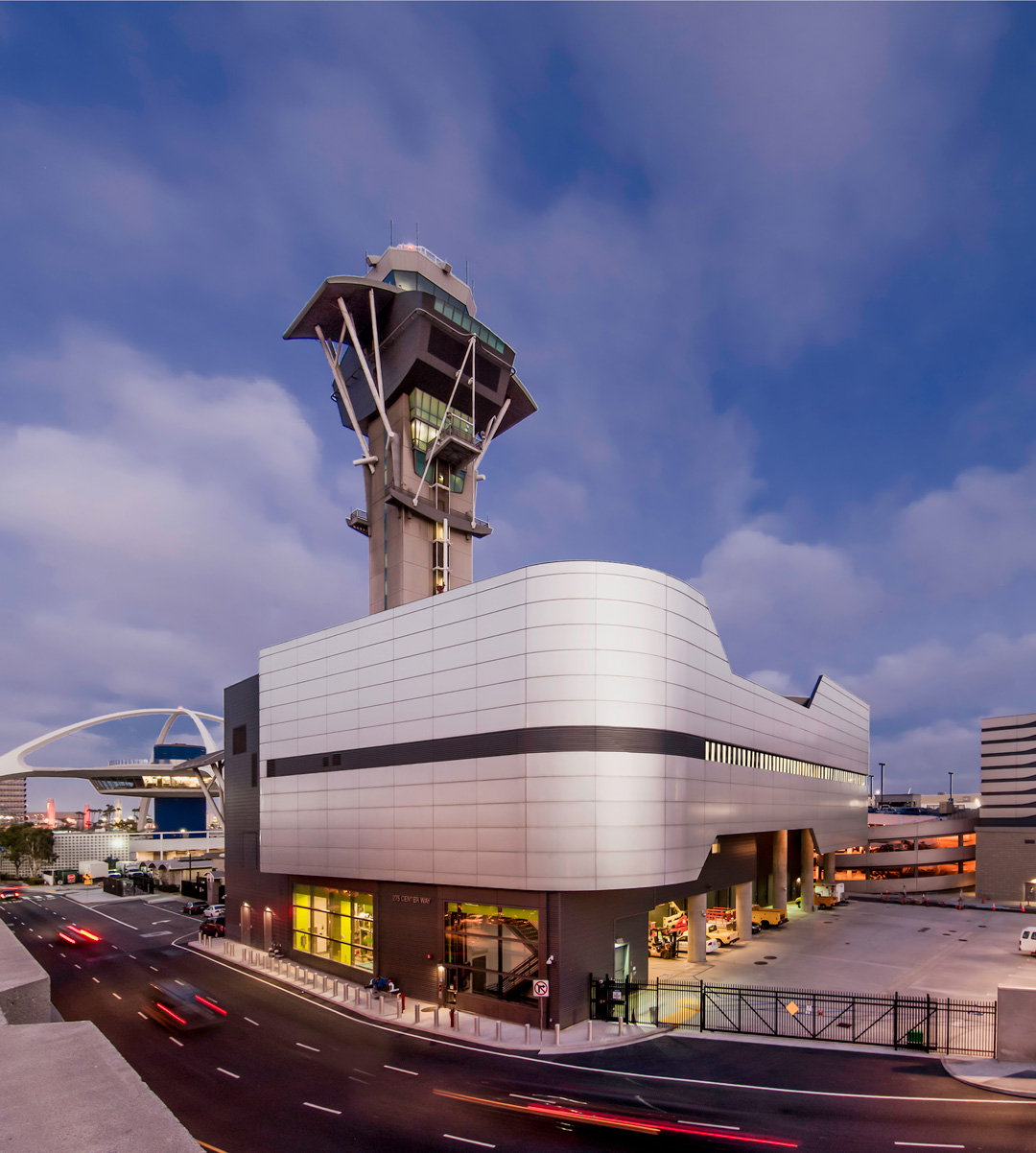 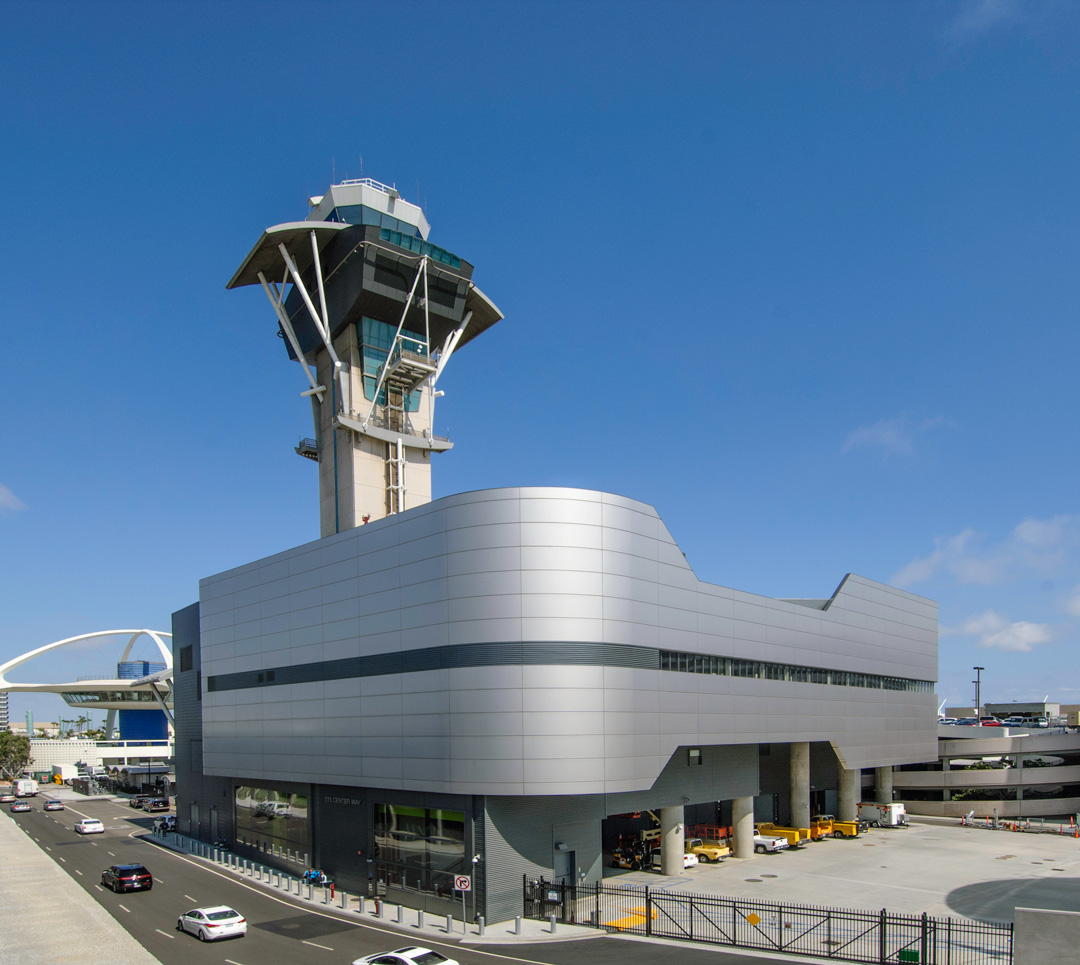 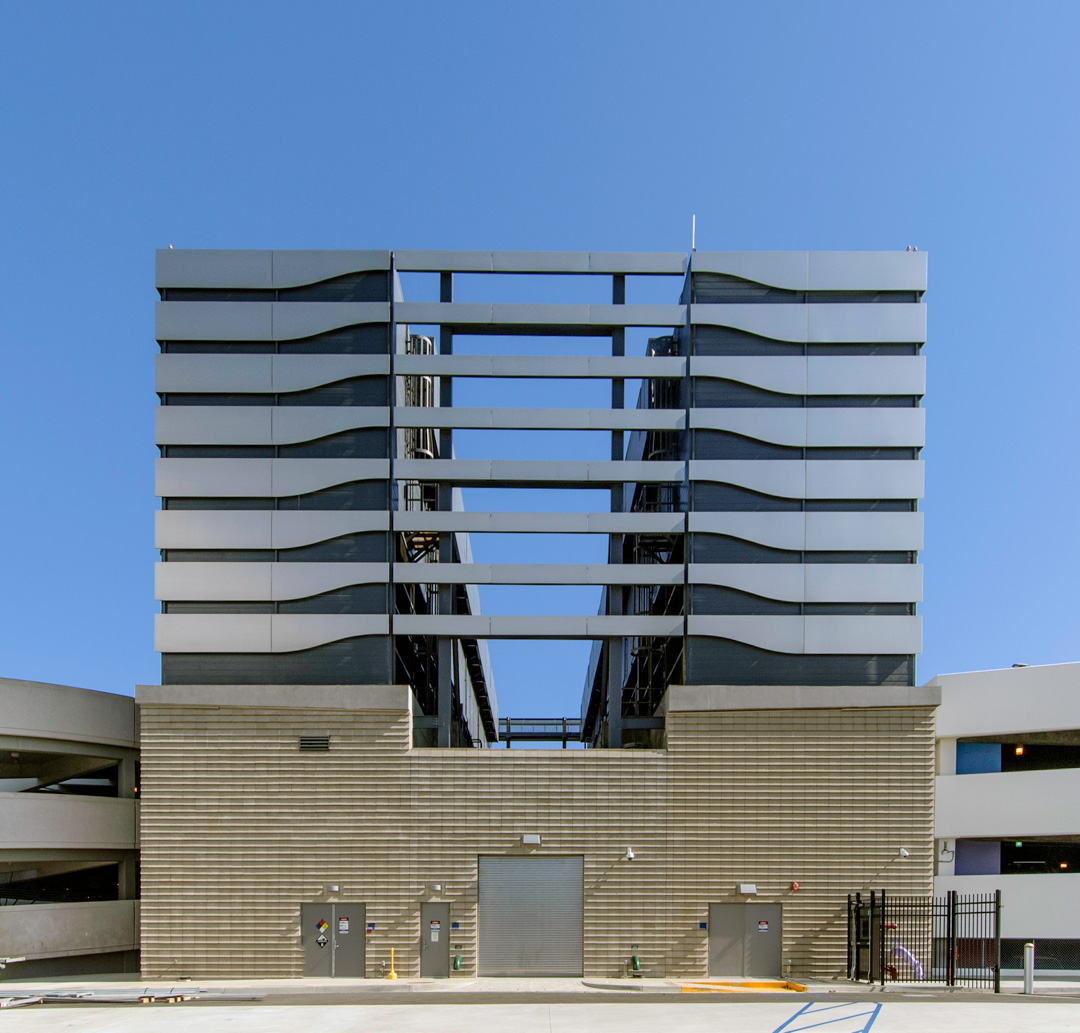 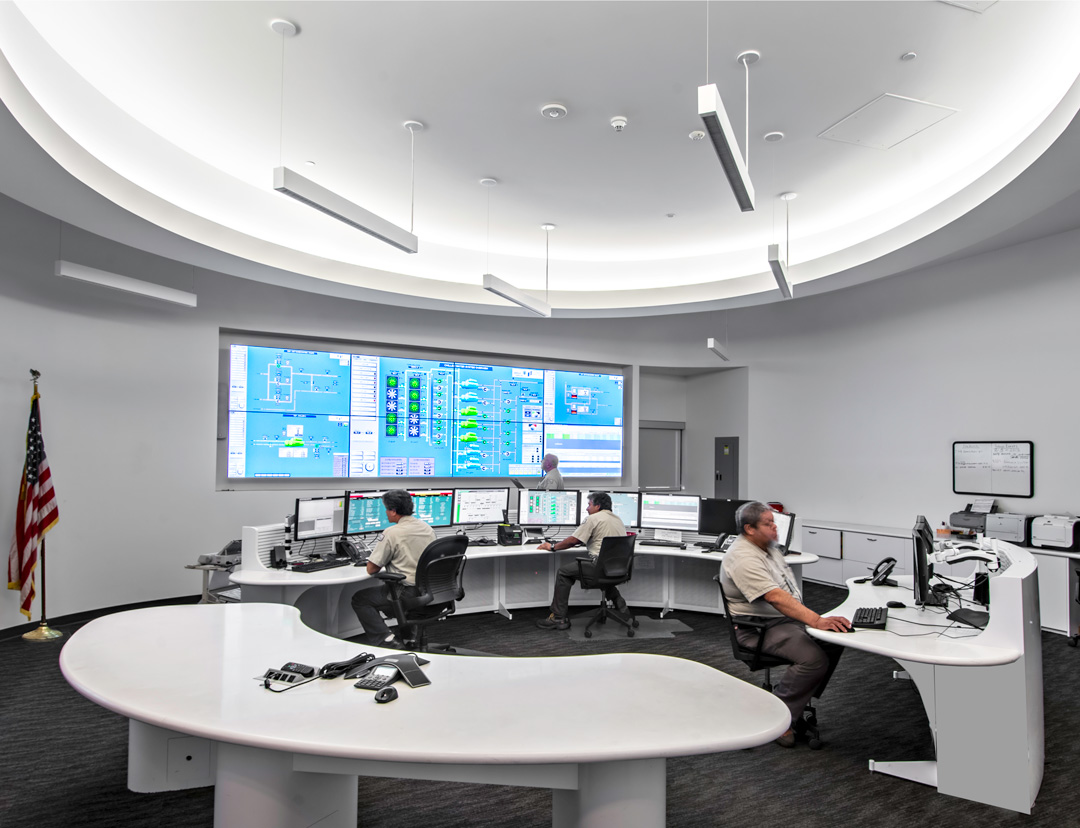 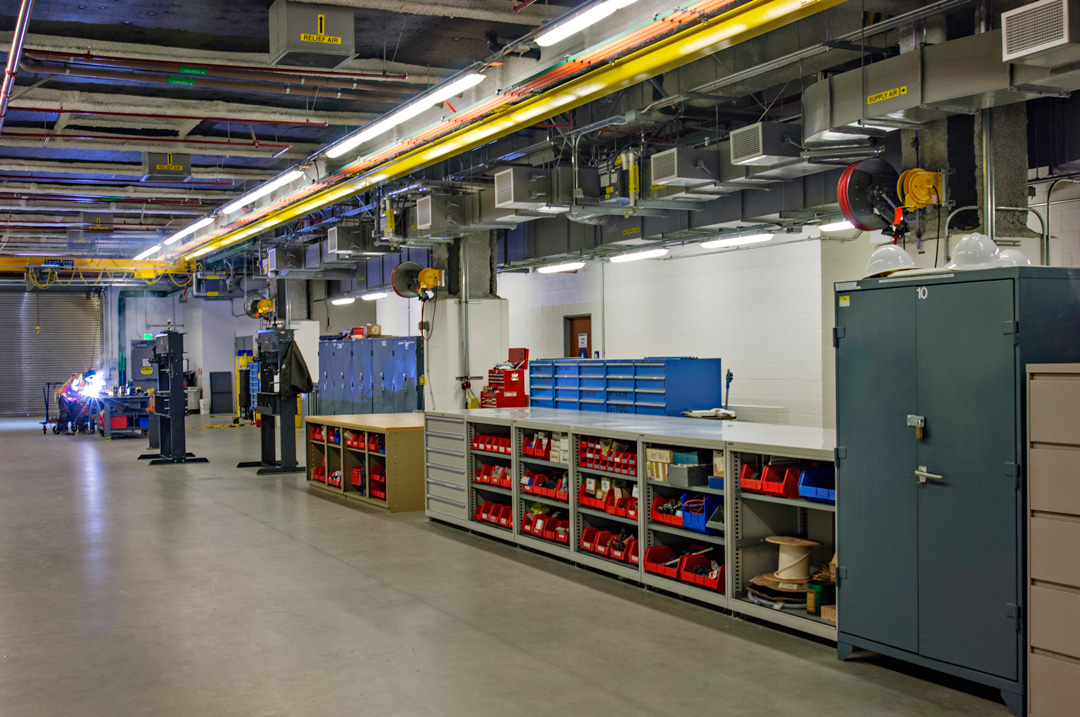 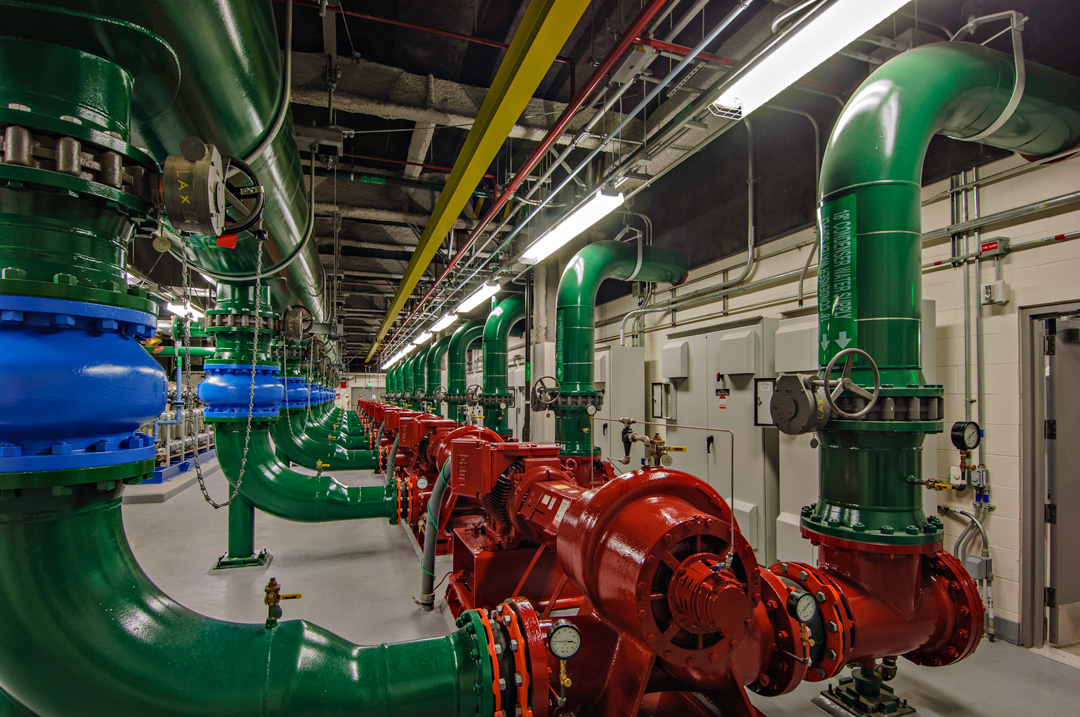 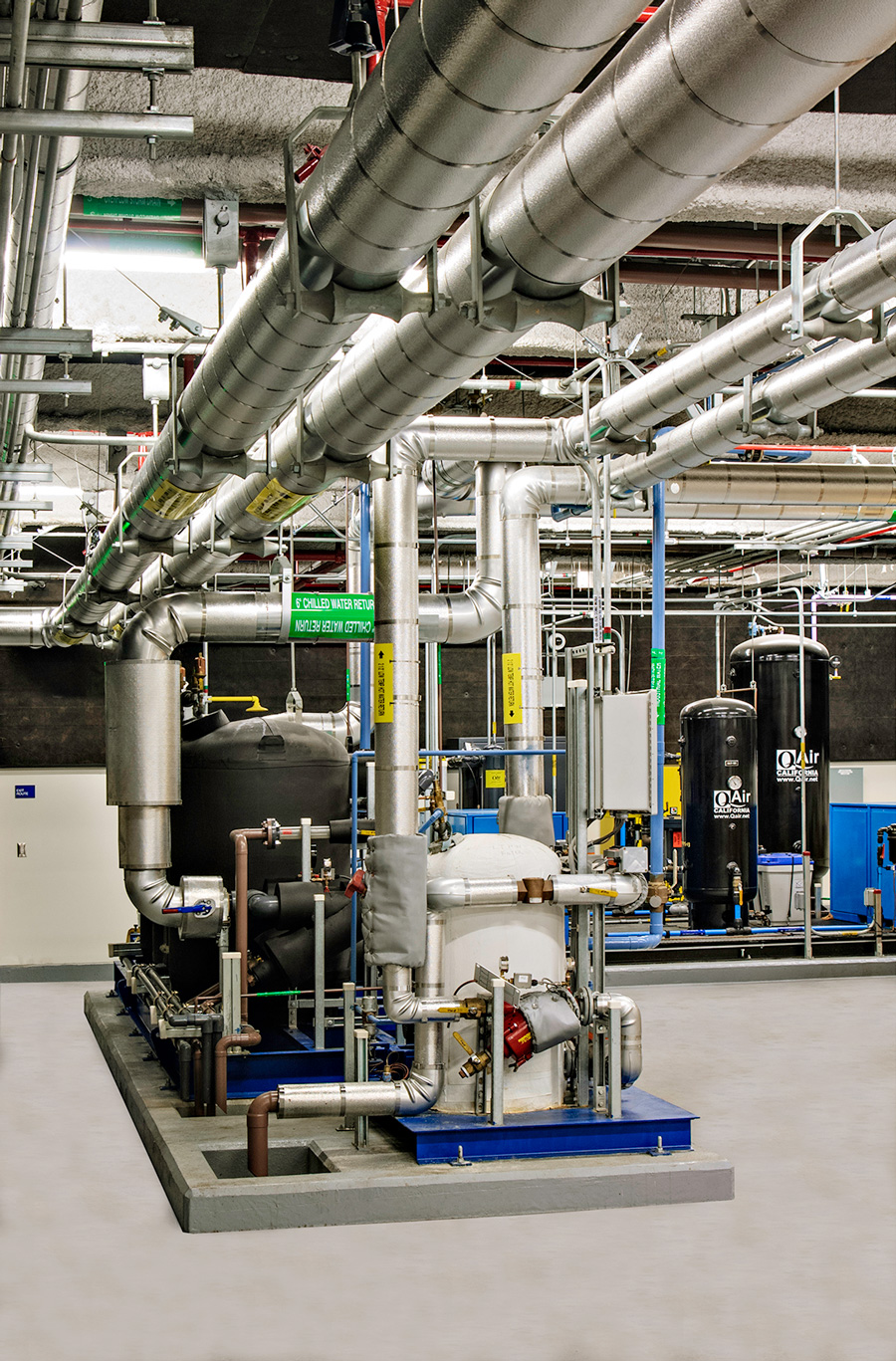 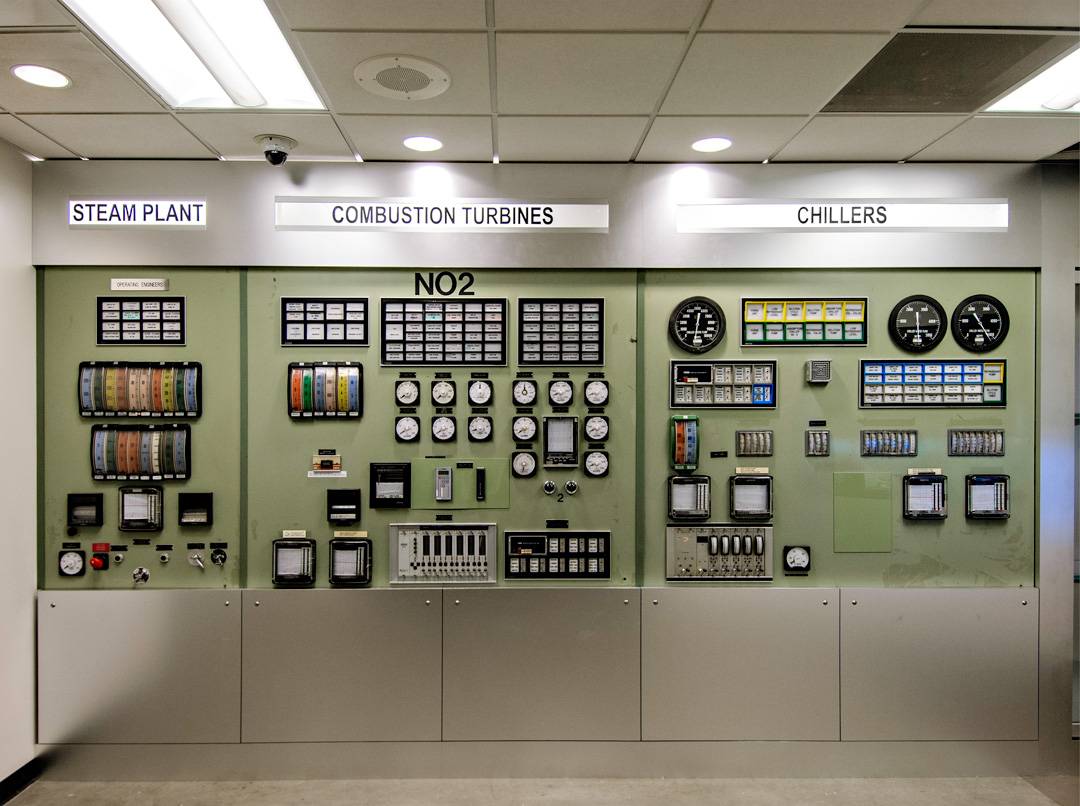 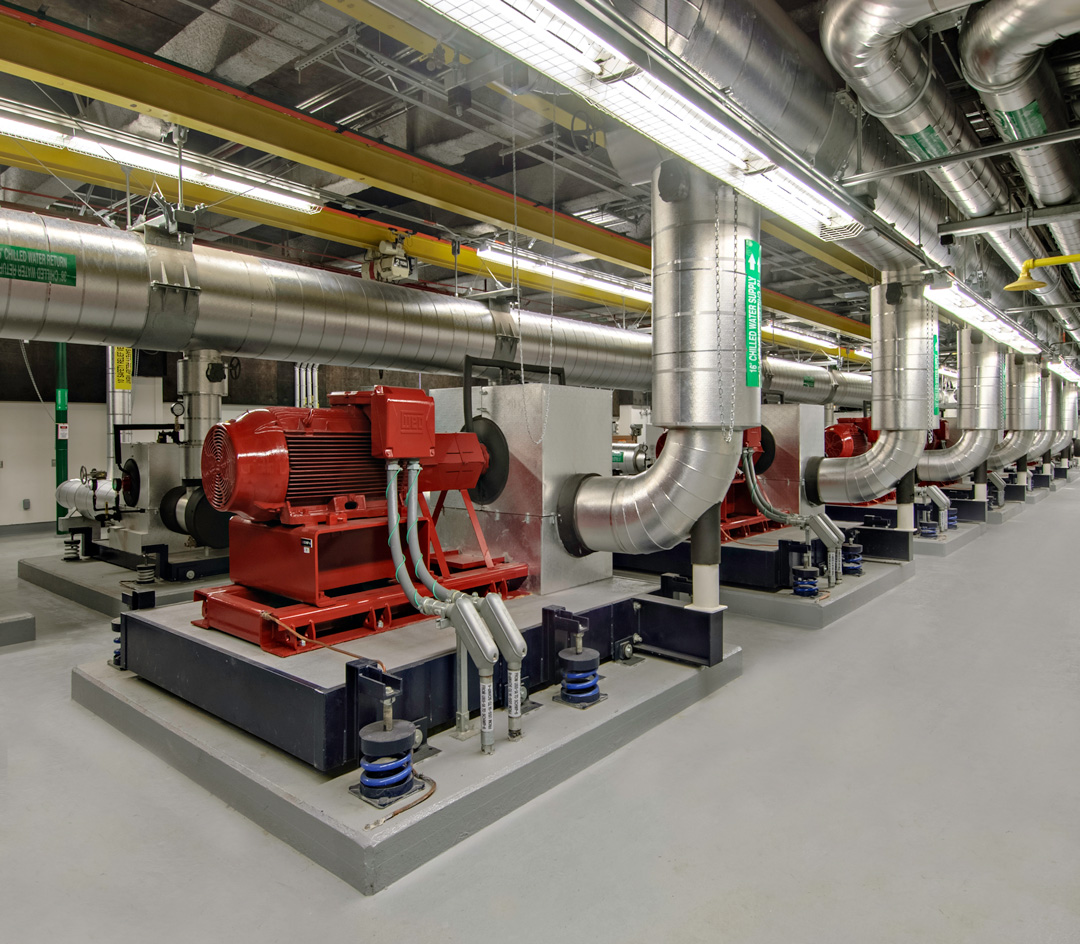 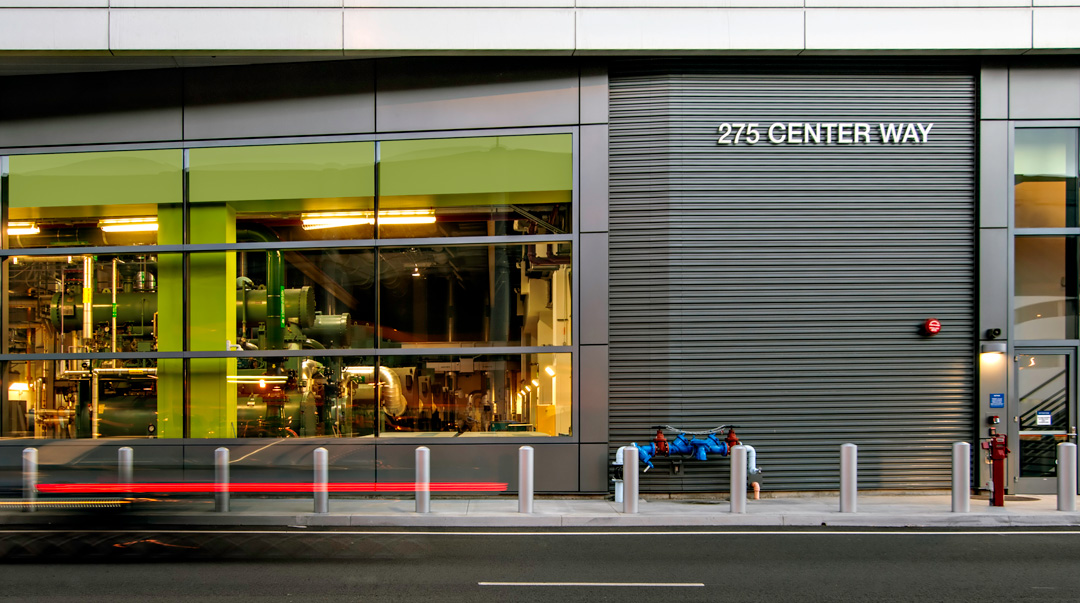 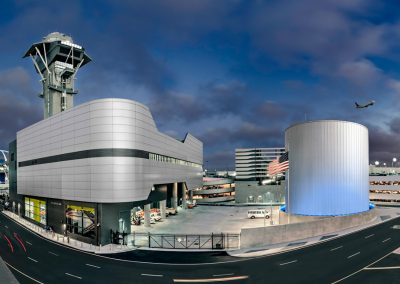 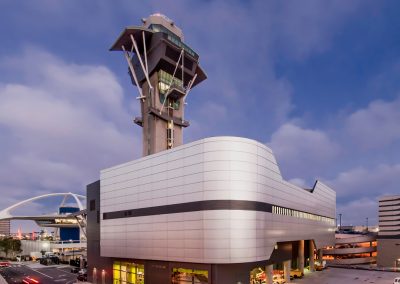 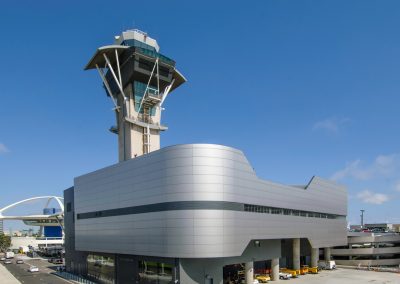 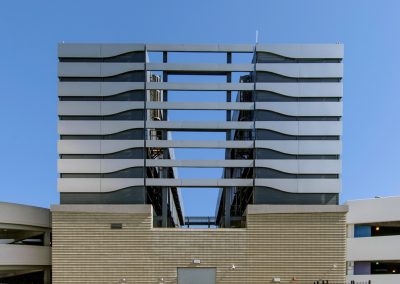 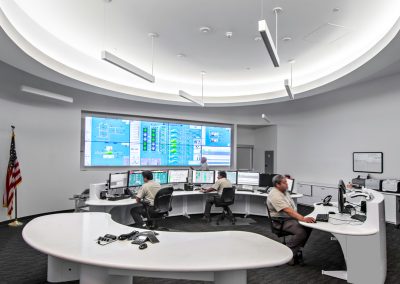 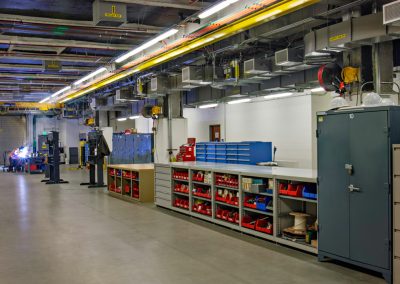 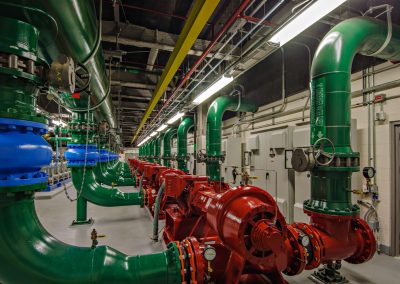 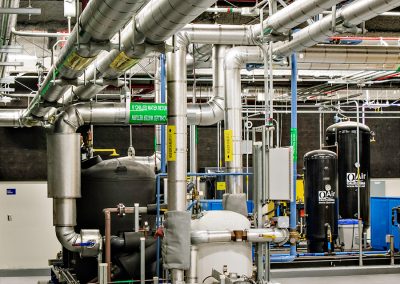 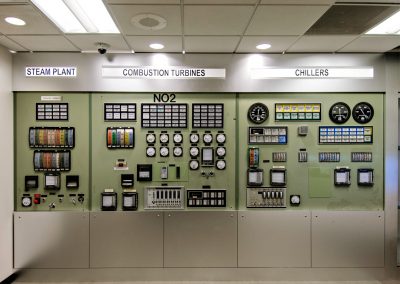 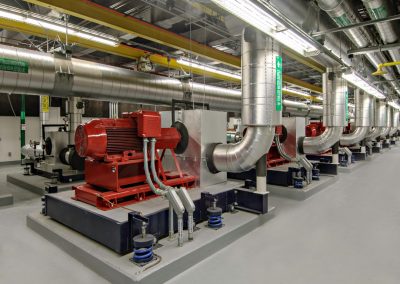 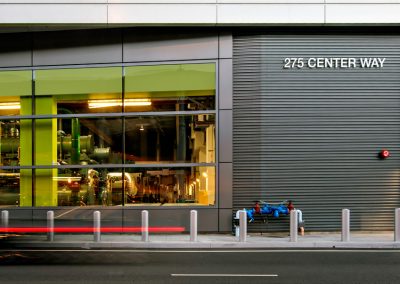 Gruen Associates’ design solution seamlessly integrates into the existing airport context while minimizing the CUP’s overall massing appearance through the organization of the three inter-related structures—the CUP, Cooling Towers/Maintenance Building and the Thermal Energy Storage (TES) Tank. Their location is strategically positioned near the airport’s control tower and directly adjacent to the existing facility for an improved, functional layout. In addition, the TES Tank (featuring lighting effect) and above-ground maintenance building were constructed where the existing CUP was previously located. The new facility was brought online upon completion as the existing CUP was deconstructed and replaced. LAX is the first airport in the nation to achieve LEED Gold certification as a result of the sustainable design strategies implemented for the CUP project.