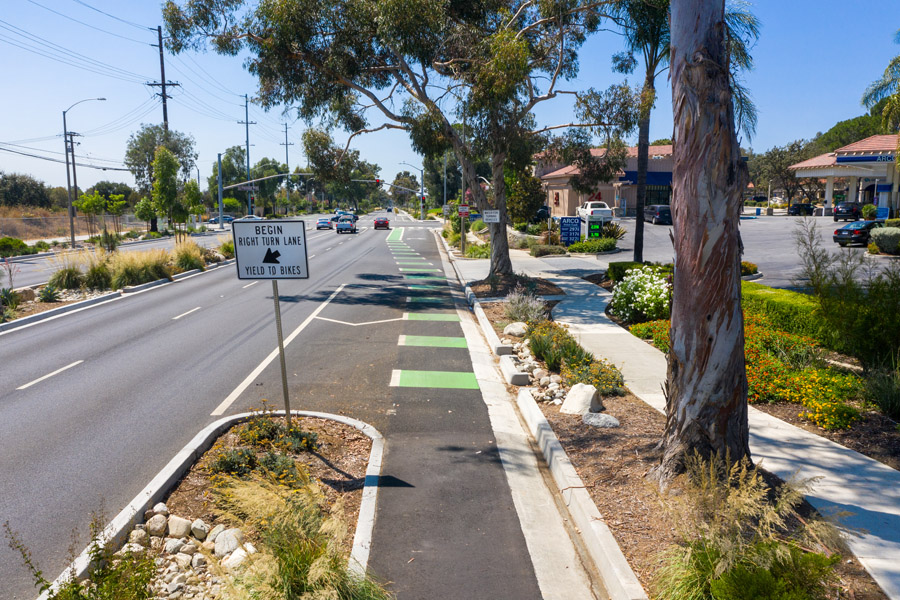 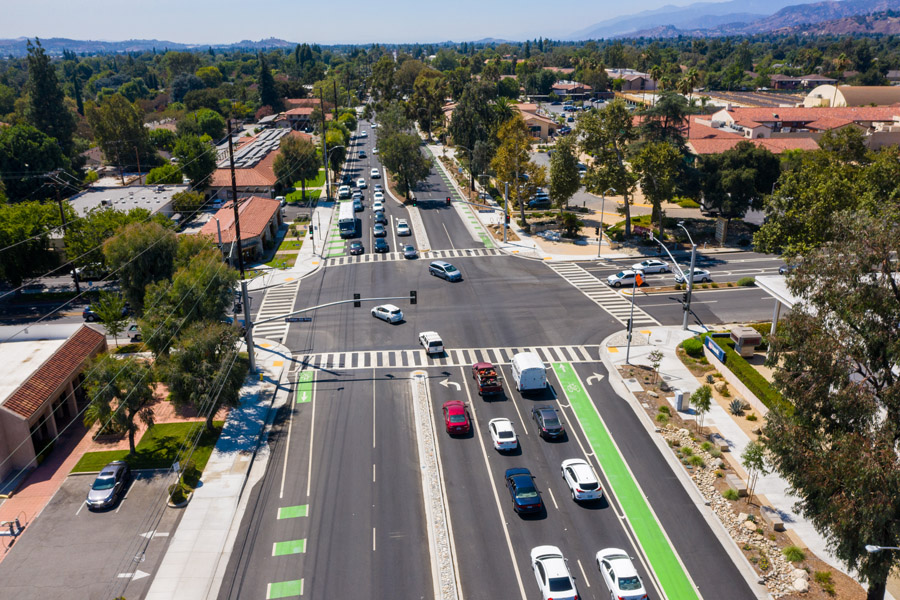 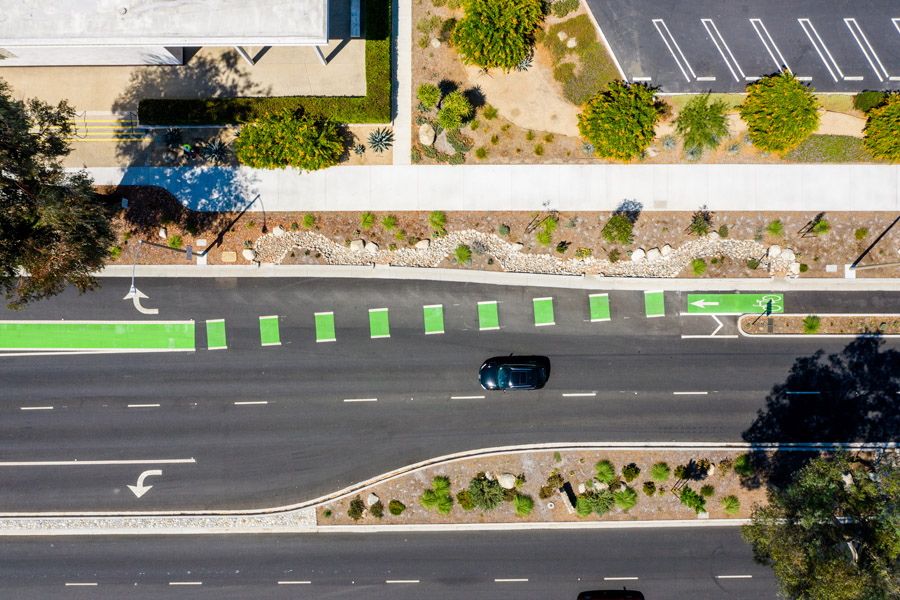 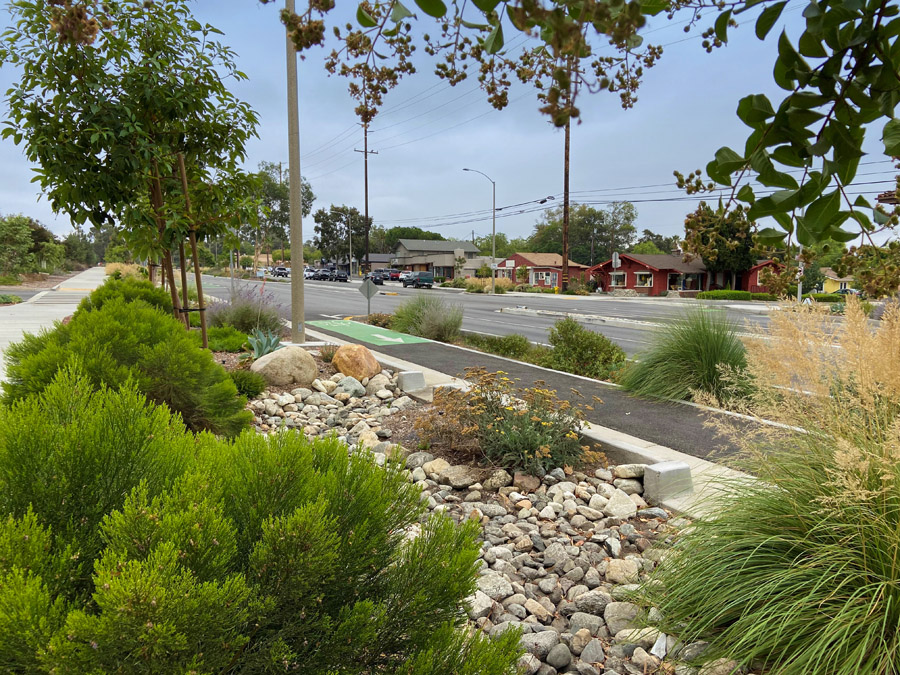 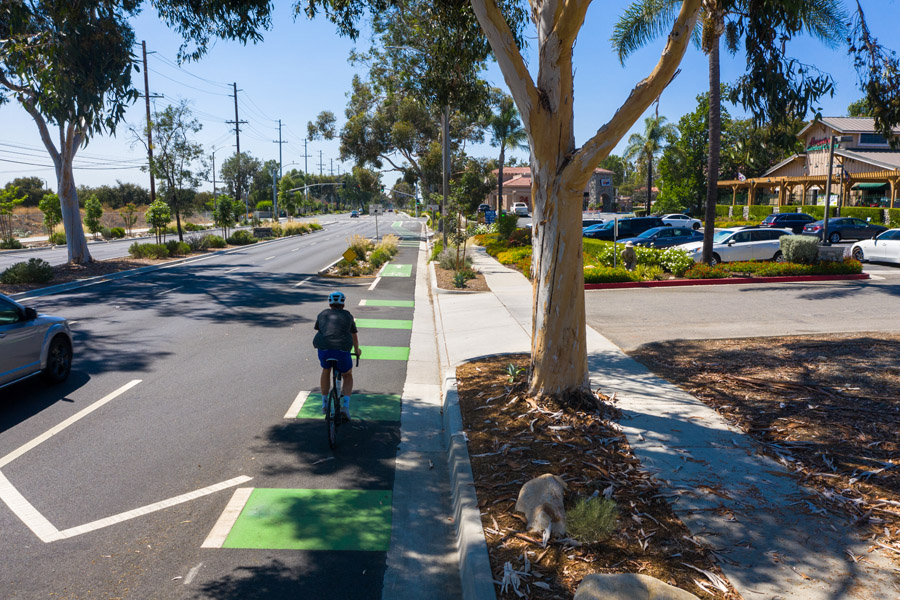 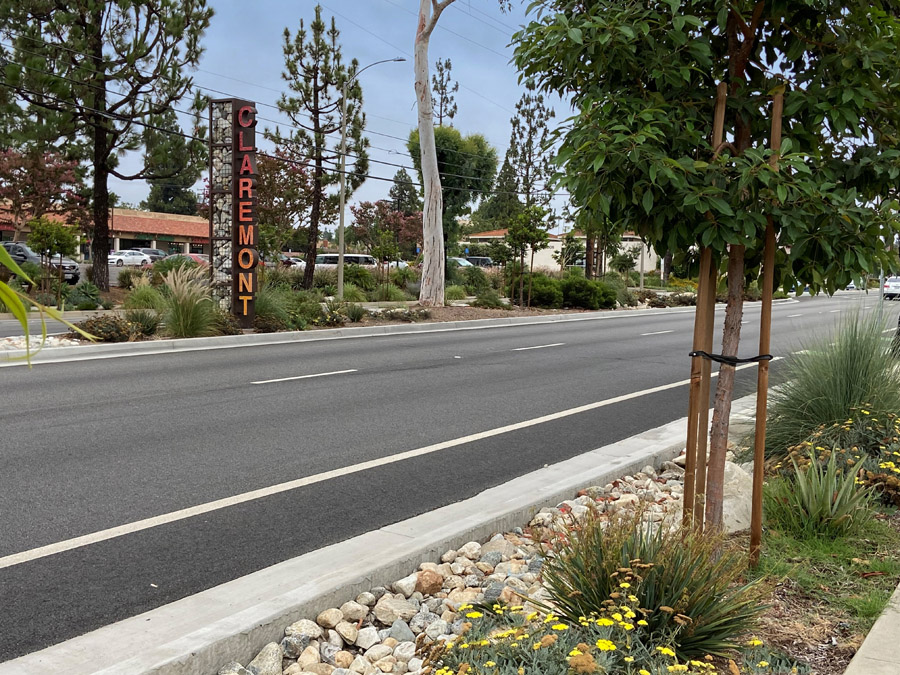 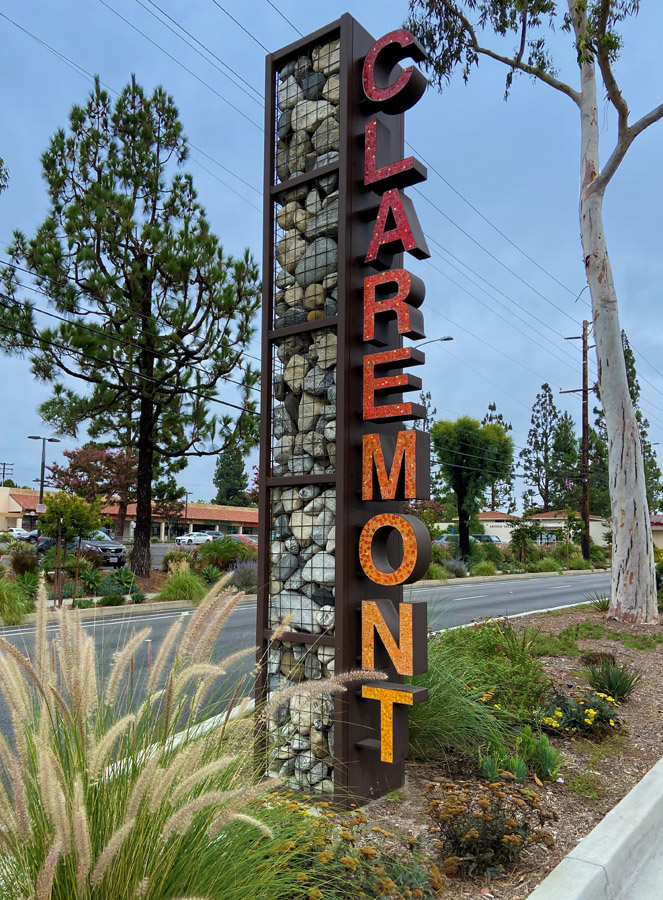 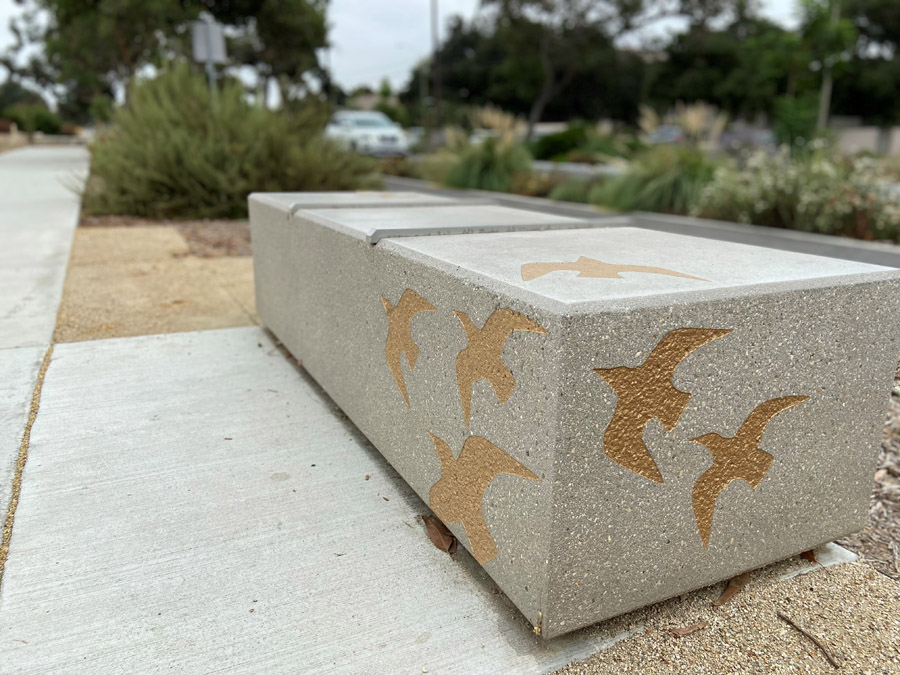 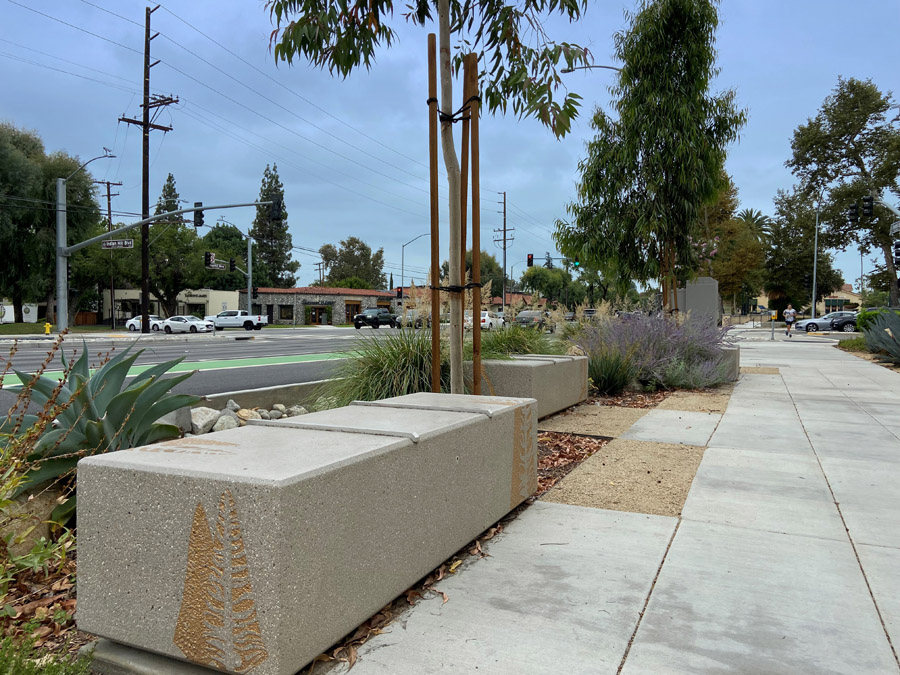 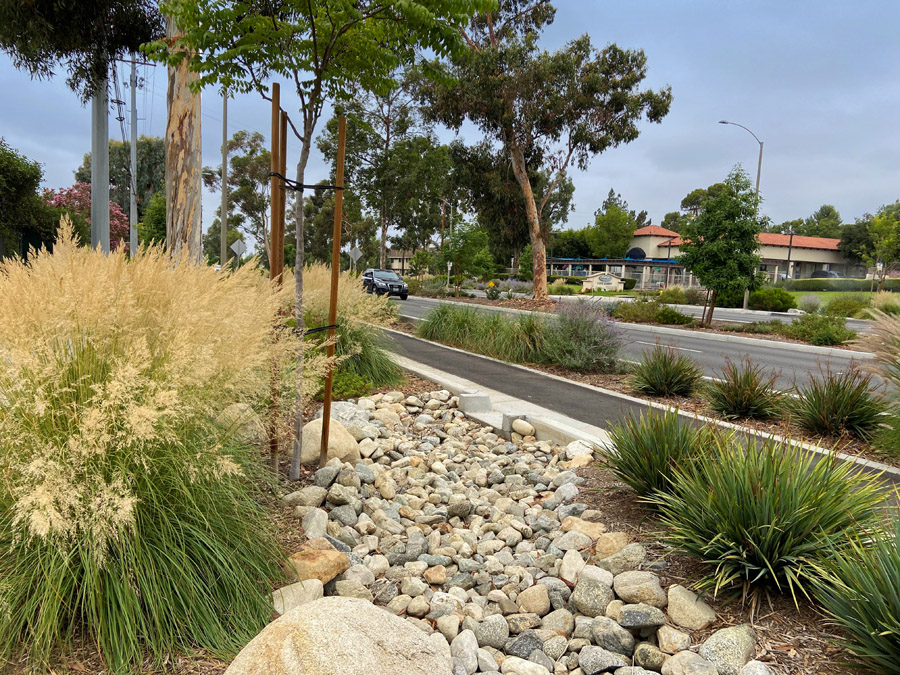 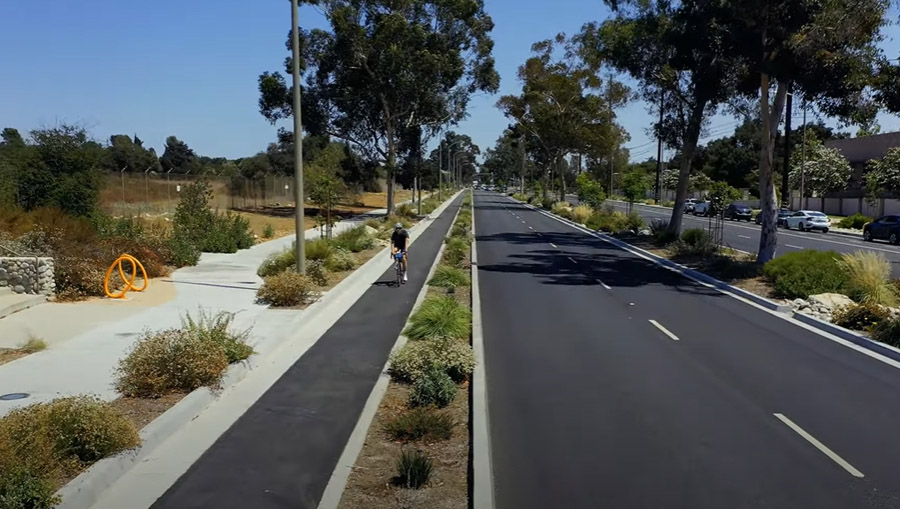 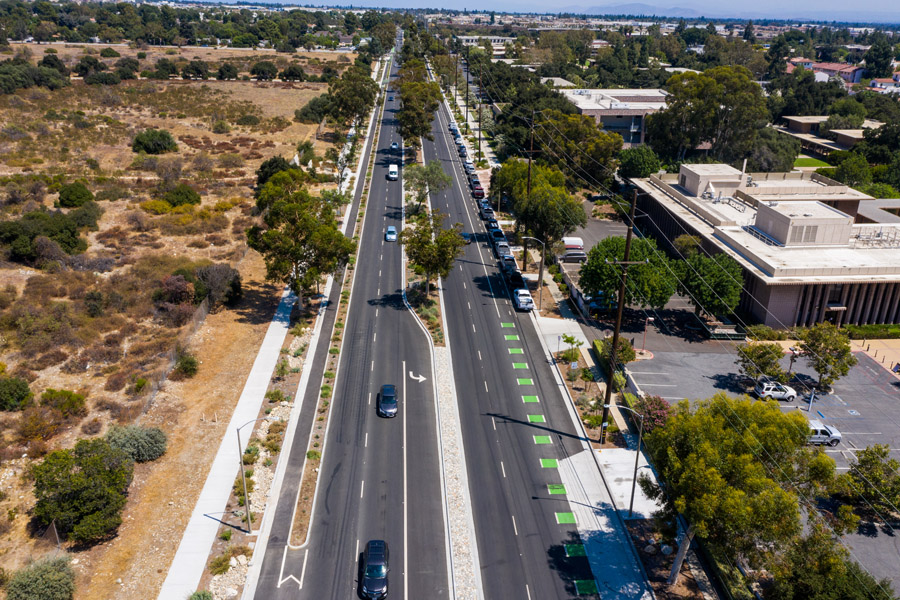 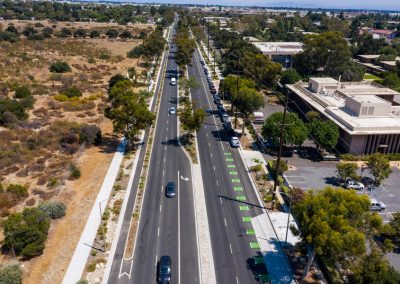 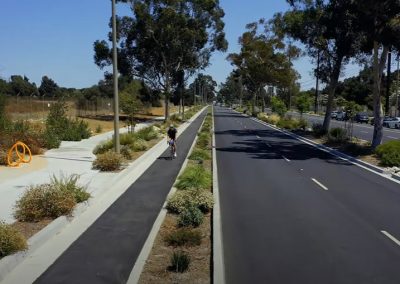 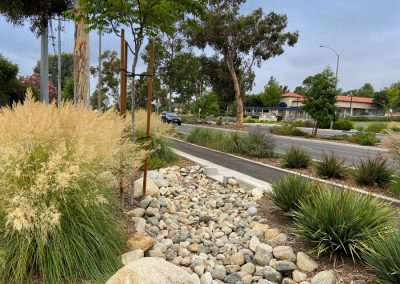 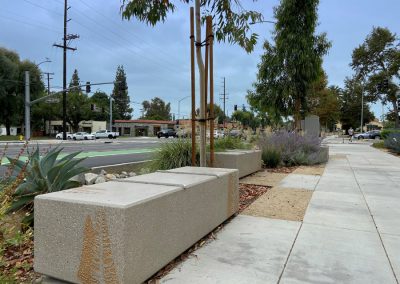 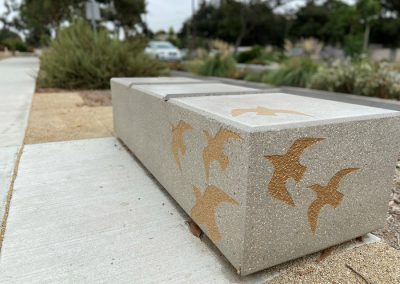 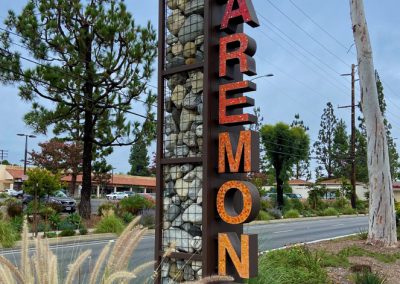 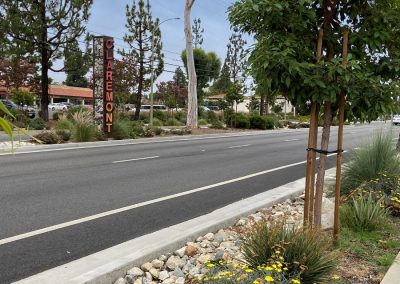 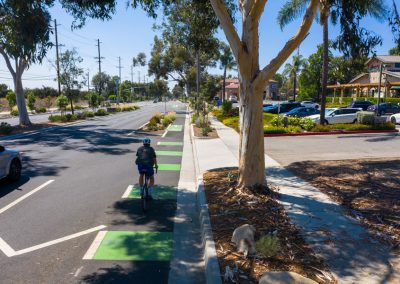 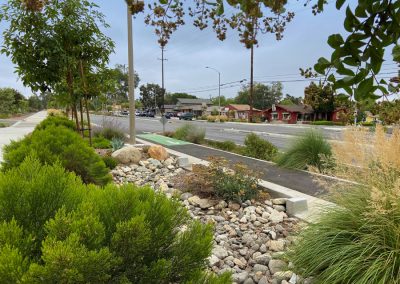 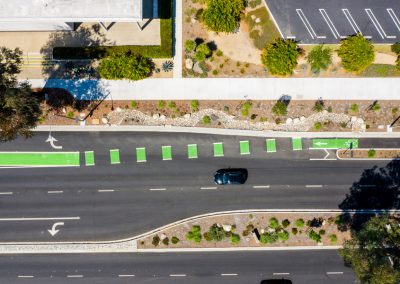 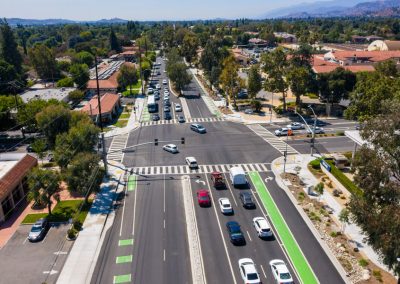 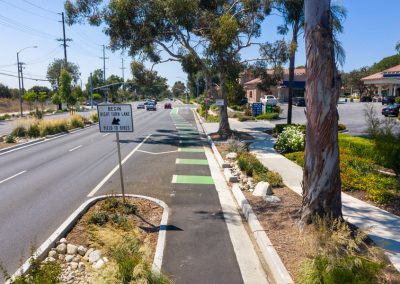 Foothill Boulevard, within the City of Claremont, is part of the historic Route 66 and was exclusively designed and focused on moving car and truck traffic. The project includes a two-mile corridor of Foothill Boulevard from North Towne Avenue to just east of Claremont Boulevard in the City of Claremont. One of the primary goals for the Foothill Boulevard Streetscape Project was to create a Complete Street corridor that serves multi-modal transportation options and is safer and more accommodating for pedestrians, bicyclists, public transportation users, and people with disabilities. Complete Streets Design features proposed for Foothill Boulevard included installing Class II and protected bicycle lanes; Widening sidewalks and adding curb extensions at select intersections to shorten crossing distances and create wider transit stop areas; install landscape medians, parkways and bike medians with California Native and adapted species; incorporate bioswales to capture stormwater runoff throughout the corridor; and provide additional amenities for pedestrian and transit users, where feasible, including trash receptacles, seating, bike parking and shade at transit stops.

This project implemented a variety of improvements that incorporated “Green Streets” design philosophy into the Foothill Boulevard corridor. The Green Streets philosophy includes strategies for managing stormwater that emphasizes the use of small-scale drainage features integrated throughout the corridor to slow, capture, and filter urban runoff and precipitation. This seeks to reduce water pollution and replenish local aquifers. Also, a major part of the project was to create habitat for native pollinators by expanding the landscape into the medians, parkways, and bike medians. Claremont refers to itself as the “City of Trees”, so an increased tree canopy along the roadway was paramount for the corridor aesthetics, reducing heat island effect and to provide shade for users in the large paved areas. Incorporating existing trees was a goal for the design as well as identifying trees that should be removed to assure the long-term viability of the urban forest canopy along Foothill Boulevard.

These Foothill Boulevard improvements achieved the overarching goal of providing opportunities for a healthier community by providing facilities that encourage walking, mass transit use, and bicycling as alternative transportation choices, while at the same time improving the City’s green infrastructure by increasing tree plantings and infiltration landscaped greenways.